Thanks for the Memories Super Crane Departs Project Site 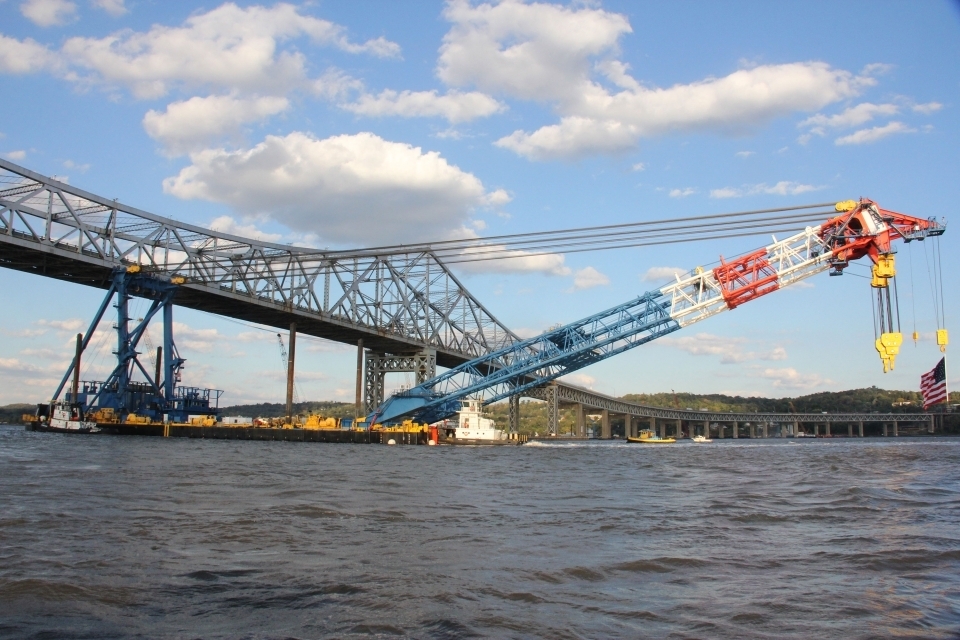 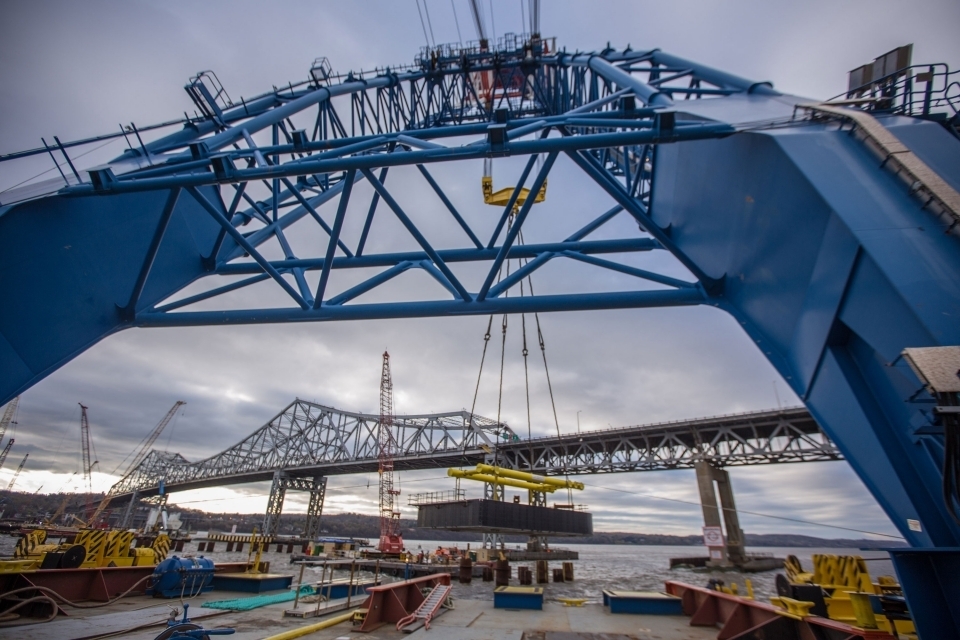 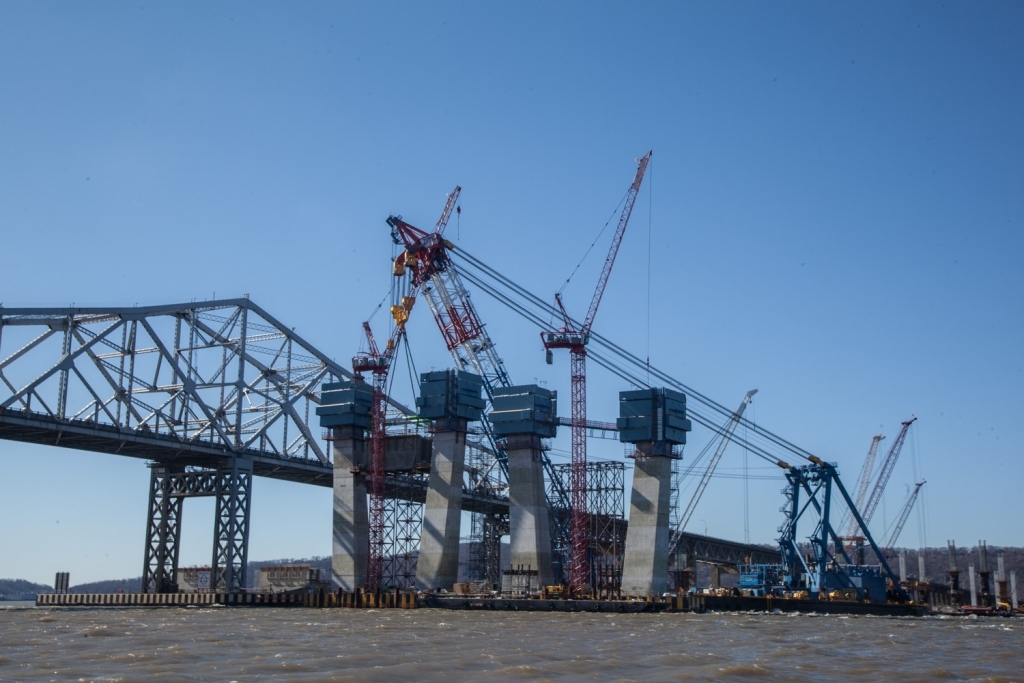 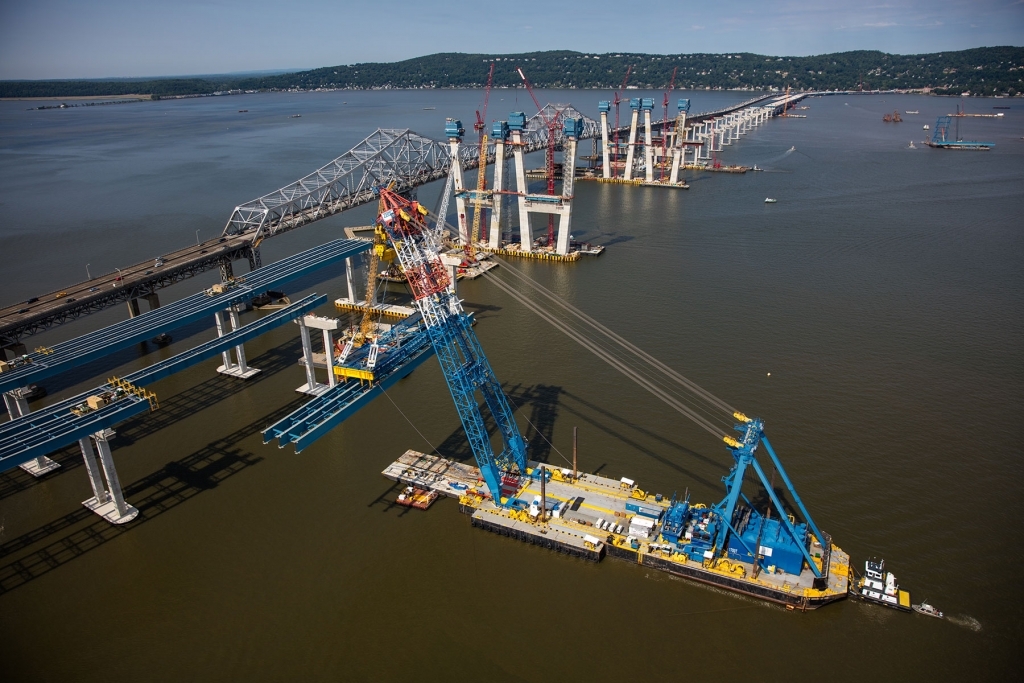 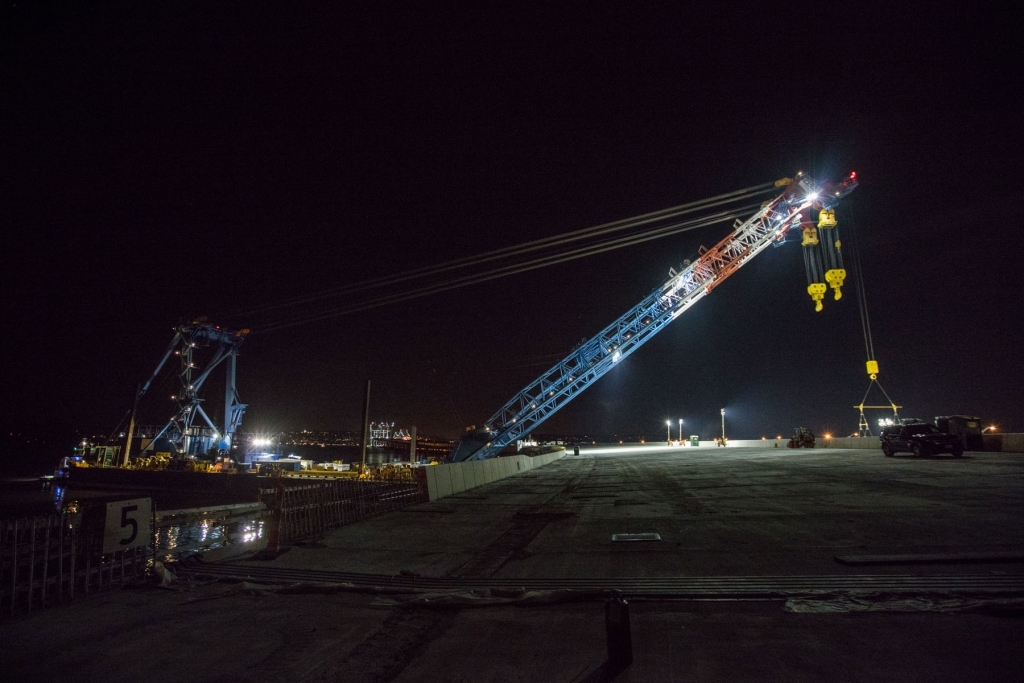 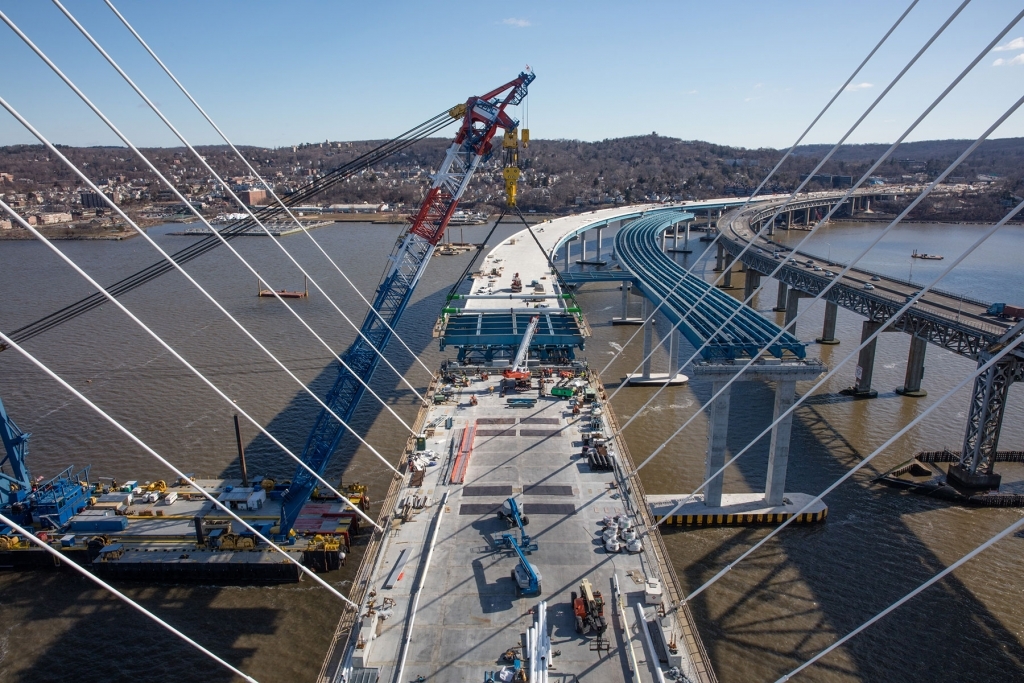 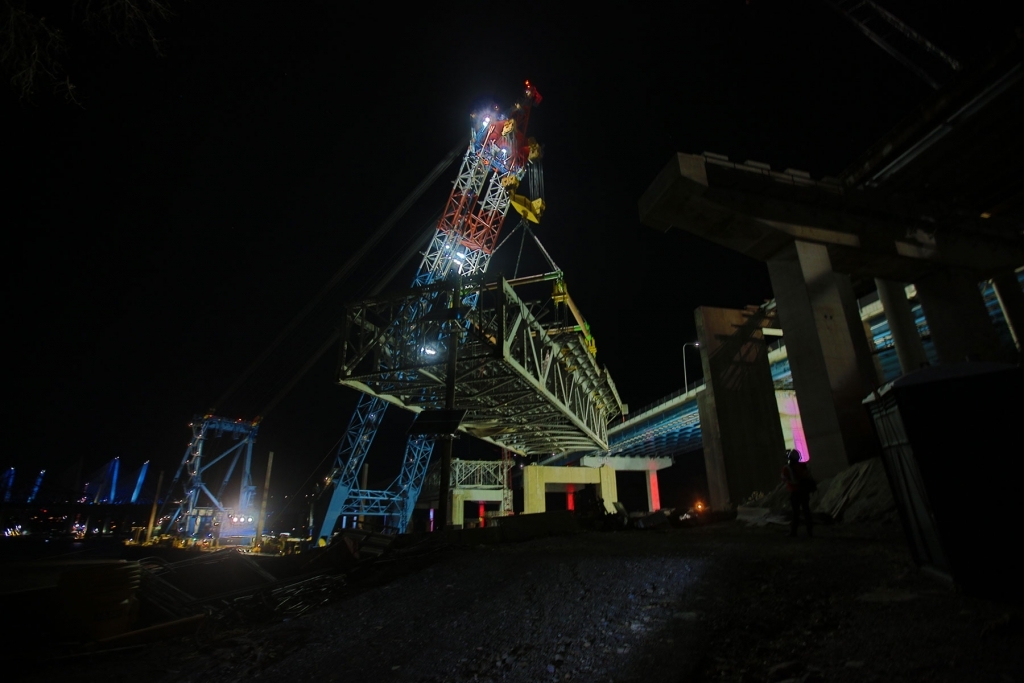 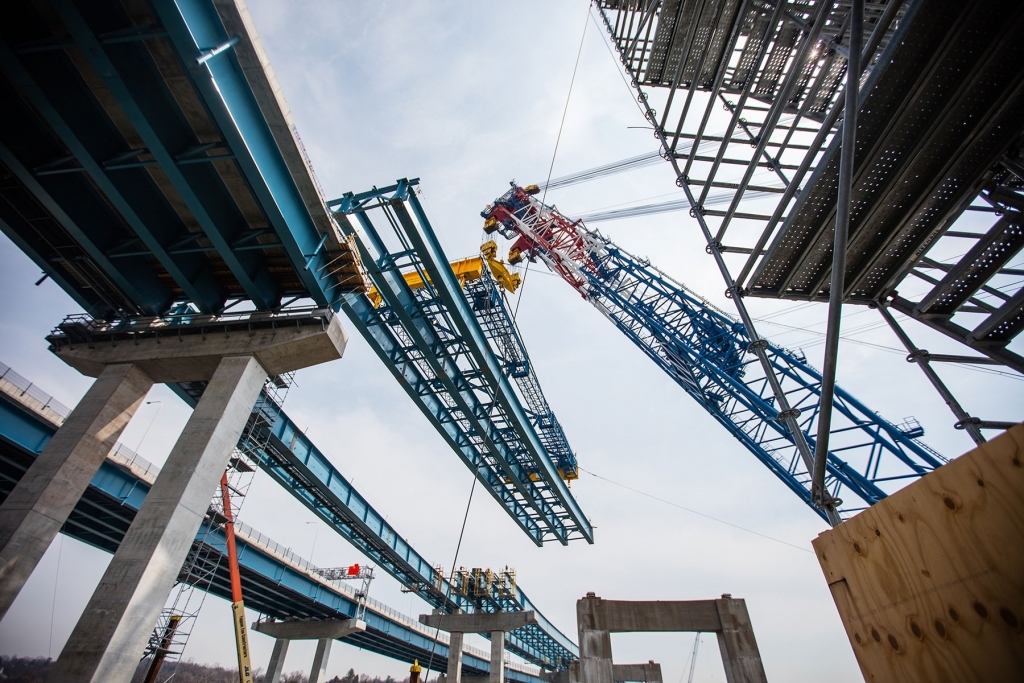 After helping assemble the new Governor Mario M. Cuomo Bridge and assisting with the dismantling of the old Tappan Zee Bridge, the project’s largest crane, dubbed I Lift NY, has left the lower Hudson Valley.

May 24, 2019 – The I Lift NY super crane was modified to assist with the dismantling and removal of the old bridge.

The machine is now temporarily stored at a Staten Island facility, where it will remain until it is required on a new project.

Owned by design-build contractor Tappan Zee Constructors, LLC, (TZC) the crane’s extraordinary capabilities allowed the team to prefabricate large sections of the bridge on land. This modular construction method allowed TZC to accomplish a great amount of work in a controlled environment, reducing the amount of work required over the Hudson River.

The crane first arrived in New York Harbor in January 2014, after a 6,000-mile journey from California via the Panama Canal. While there, I Lift NY underwent months of testing, modifications and upgrades to prepare it for the project. By spring 2015, TZC was using the machine’s 1,900-ton lifting capacity to raise and set the largest sections of the twin-span crossing, including 410-foot assemblies of steel. 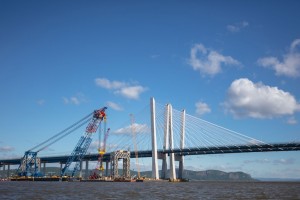 By 2017, TZC began using the crane to remove large sections of the old Tappan Zee Bridge. I Lift NY’s final operation in May 2019 was assisting with the removal of the old east anchor span following its controlled demolition earlier this year.

Owned by TZC and officially registered with the U.S. Coast Guard as the Left Coast Lifter, the crane has a lifting arm that is taller than a 30-story building and is capable of raising the equivalent of 12 Statues of Liberty at once.