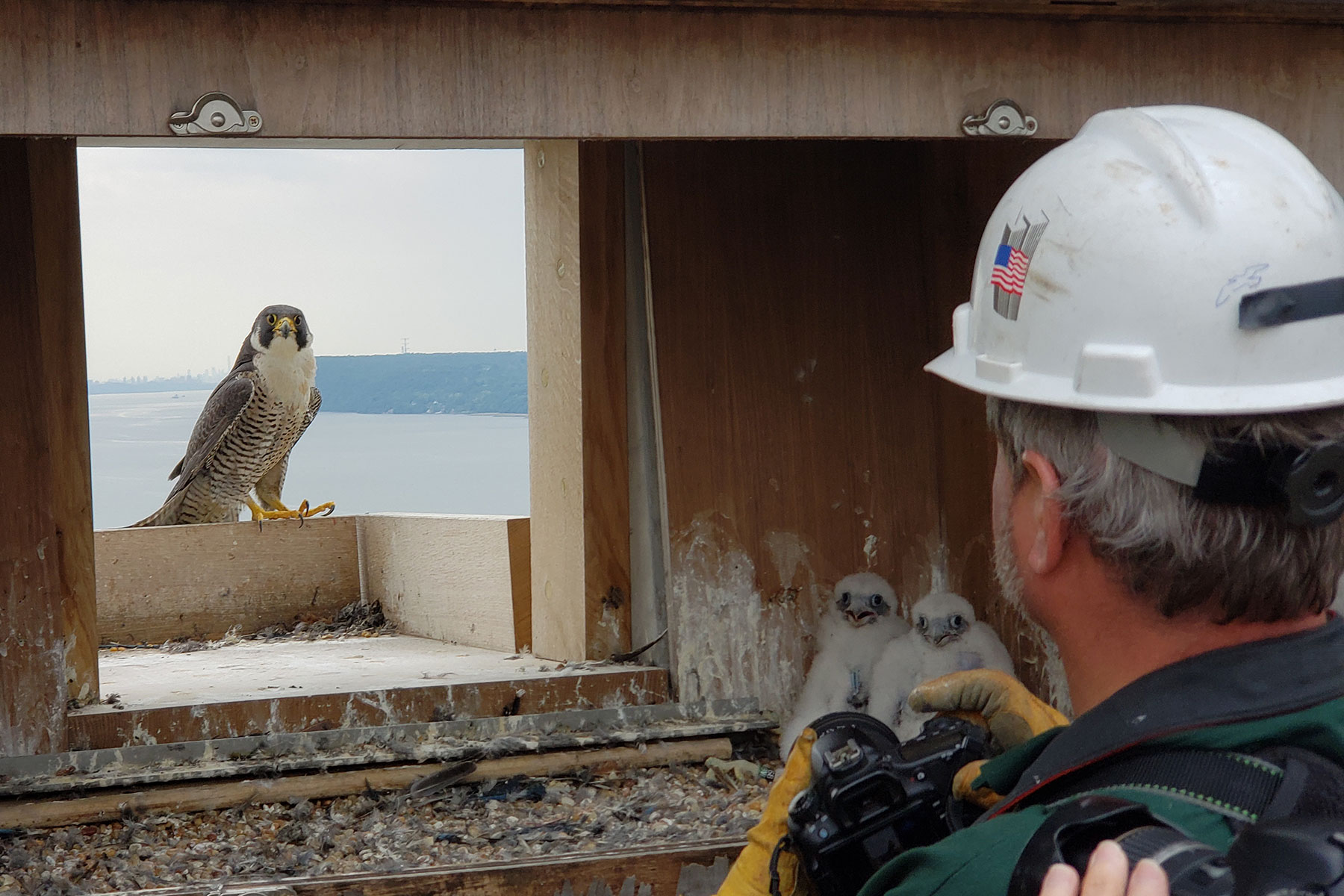 The project team is once again inviting the public to help name the newest residents of the Governor Mario M. Cuomo Bridge — four peregrine falcon chicks born in a tower nest box more than 400 feet above the Hudson River. A week-long contest is now underway on the project’s FalconCam webpage.

The public is asked to select their favorite name from those submitted by local elementary and middle school students. 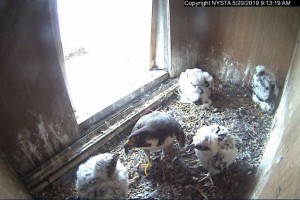 The project team will announce the four winning selections on Friday, June 7.

In past years, thousands voted for their favorite falcon names during the project’s previous naming contests, selecting winners such as Hudson, Bridge-ette, Zee, Irvwing, Puente and Tarrytalon. The schools and classes that provided the winning names received award certificates.

Onlookers can spot the young falcons on the project’s FalconCam as their parents feed and care for them throughout the coming weeks. The falcons are expected to learn how to hunt and survive on their own before fledging from the nest box.

Wildlife specialists from the New York State Department of Environmental Conservation and the New York City Department of Environmental Protection recently visited the four hatchlings in their new home 419 feet above the river. Each chick was banded, which will help the agencies gather critical information about falcon movement throughout their lives.

Falcon chicks leave the nest after approximately 40 days. As fledglings, the birds remain around the nest until they learn how to hunt and survive on their own. When young falcons mature, they can migrate great distances to establish nests of their own.