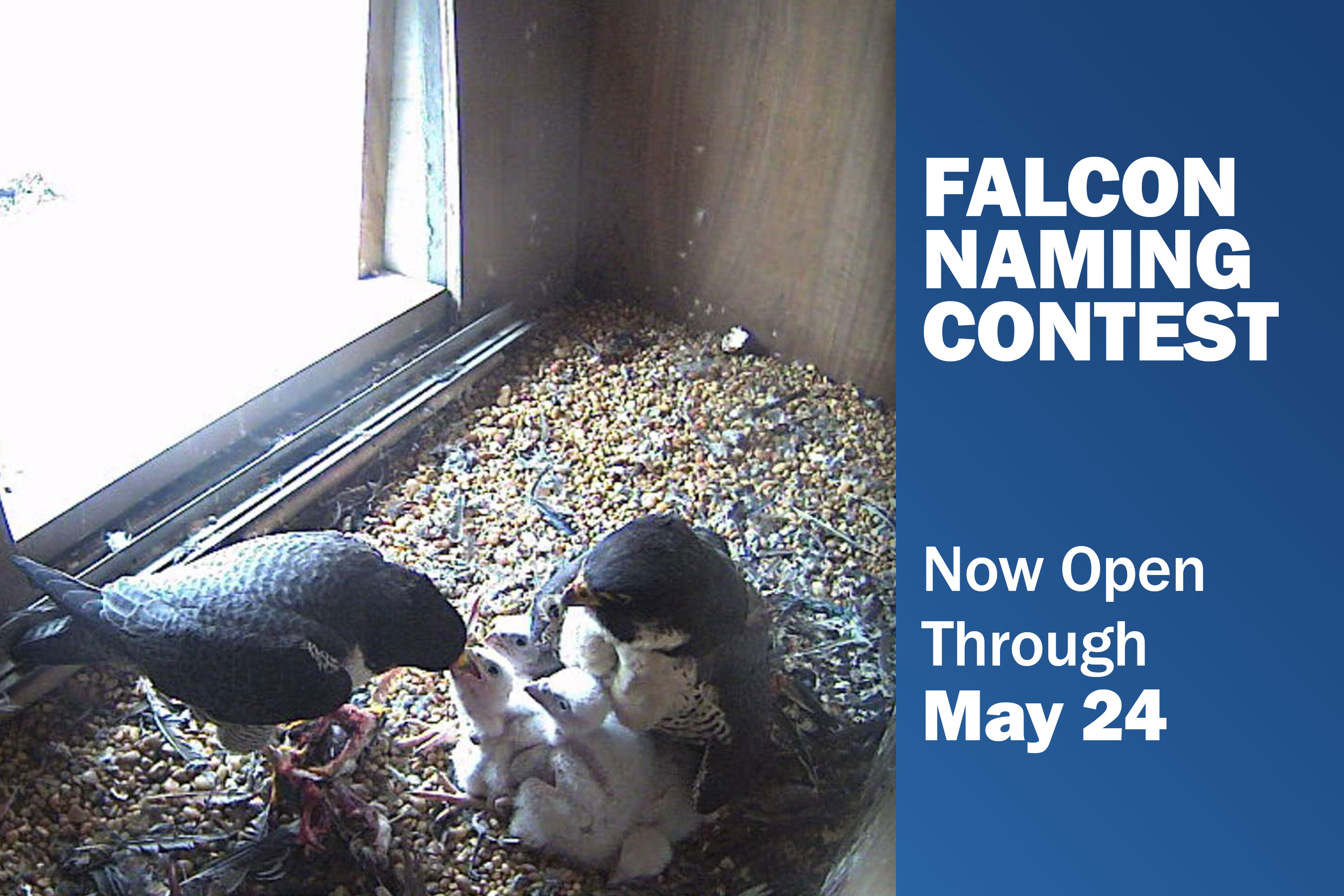 Elementary and middle school classes can share their suggestions throughout this month as part of the bridge’s annual Falcon Naming Contest. The public will then have an opportunity to vote on the students’ choices during a week-long online poll following Memorial Day.

This is the first nesting season for the migratory raptors in their new home, located near the top of one of the bridge’s 419-foot towers. Similar nest boxes have steadily helped grow the state’s falcon population in recent decades.

While the local pair of peregrines roam the area throughout the year, the nest box provides prime real estate for the nesting season, which occurs annually in early spring. Environmental experts suggest that the same pair have resided in the area for many years, as the species tends to mate for life and are territorial. The birds previously lived in a nest box on the Tappan Zee Bridge.

You can receive updates on the project by following @NewNYBridge on Twitter.