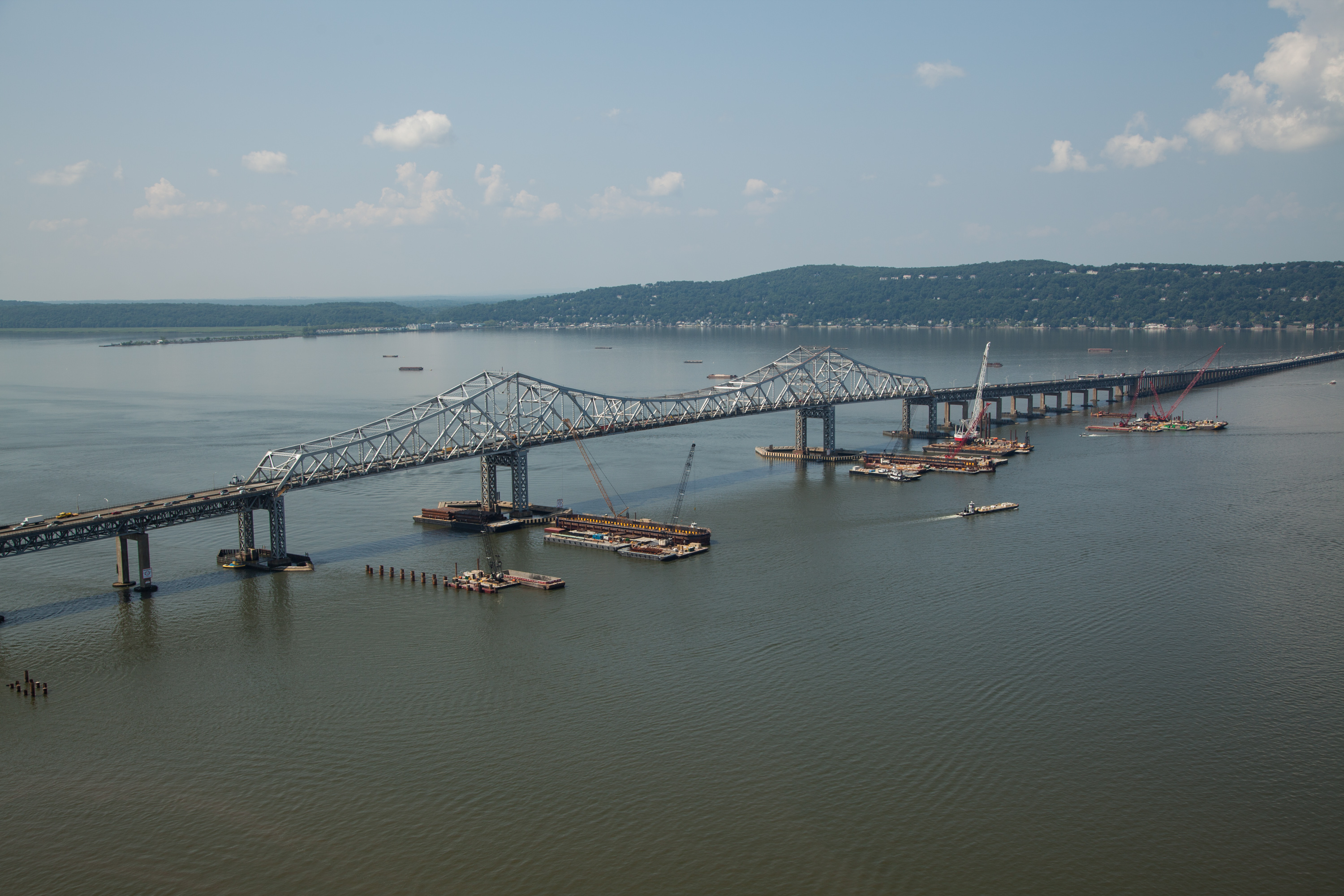 This is the first in a series of stories chronicling the construction of the Governor Mario M. Cuomo Bridge, which is set to fully open to traffic later this year.

The New NY Bridge project has come a long way since the first foundations for the twin-span crossing were installed in October 2013.

The work began after Tappan Zee Constructors (TZC) studied the complex geology of the Hudson River, formed by receding glaciers tens of thousands of years ago. Each element of the bridge’s foundation was carefully tailored to the varying layers of clay, silt, sand and till covering the bedrock beneath the river. 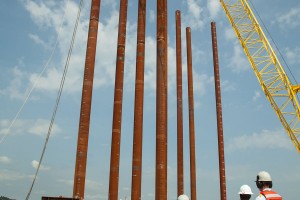 Based on the geotechnical findings, TZC designers selected a “pile” foundation system to support the new bridge. The hollow steel tubes (pictured right) measured up to six feet wide and 150 feet long, and were installed in progressive segments. Once a single pile segment was driven down into the riverbed, another was positioned directly above it. Skilled operators then welded the two steel pieces together and then carefully inspected the connection with ultrasonic testing. The driving process would then continue until the pile was reached its full depth, some extending more than 360 feet below the Hudson River’s surface.

Each pile was fortified with an interwoven network of steel fortifications, called rebar. All rebar on the project was galvanized to extend its service life. During galvanization, the rebar was dipped into a hot bath of liquid zinc, which formed a crystalline “skin” over it to help prevent corrosive factors such as salt water from rusting or otherwise degrading the steel. This fortification process further helps protect the new bridge against the brackish, salty waters of the river. Without galvanization, even small amounts of water or moisture would potentially compromise the rebar. 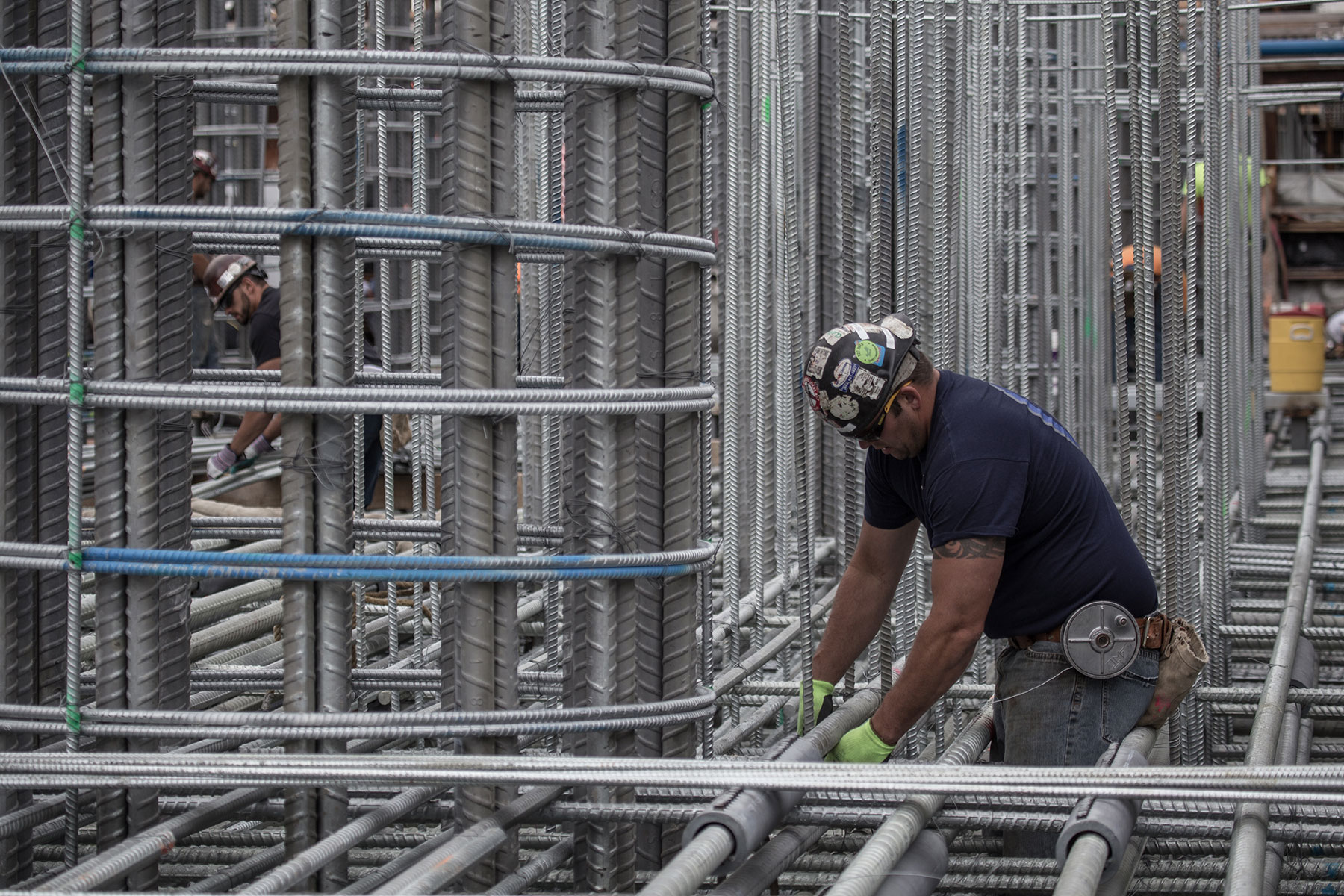 In the end, 30,000 tons of galvanized rebar (pictured below) will be installed on the project, more than the weight of three Eiffel Towers.

The reinforced piles were each filled with concrete. The combined strength of steel and concrete provided these crucial foundations with additional tensile and compressive strength, ensuring that the new bridge could withstand enormous amounts of pressure over its 100-year service life.

Within the first year of construction, TZC installed more than 750 foundation piles, nearly two thirds of the project’s total. The remarkable progress allowed the project to move forward with the next, crucial construction element by August 2014 – the “capstone” materials, called pile caps.

Each pile cap covers groups of foundation piles, unifying them into a single structure to support the bridge’s concrete pier columns.

Dozens of tennis-court-sized pile caps (pictured above), each weighing hundreds of tons, were installed by the end of 2014. Each pile cap was also further reinforced with rebar and up to 750 cubic yards of concrete after installation. 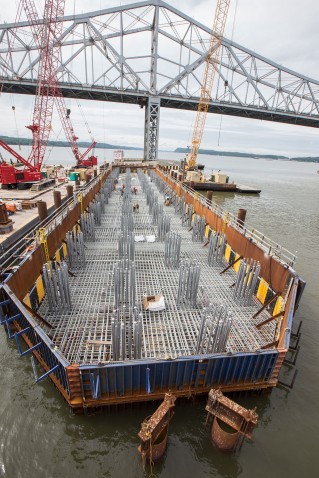 While most of the projects pile caps were prefabricated offsite and installed with mobile cranes, the four caps designed to support the bridge’s eight 419-foot towers and adjacent piers required much more effort and innovation to complete.

Each of these main-span pile caps (pictured left) are longer than a football field, and their collective strength gathers the weight of the entire cable-stayed main span onto more than 100 piles below the Hudson River.

TZC created these caps directly on the project site by surrounding the main span piles with concrete floor panels and setting heavy steel panels around the edge of the new platform, creating a massive tub above the river. TZC then created watertight seals on the tubs before carefully lowering the structures into the water and filling the caps with rebar and concrete.

These sturdy foundations were just the first set of TZC’s accomplishments on the project. In the coming weeks, the project team will highlight the other construction techniques and innovations used to make the Governor Mario M. Cuomo Bridge a reality. 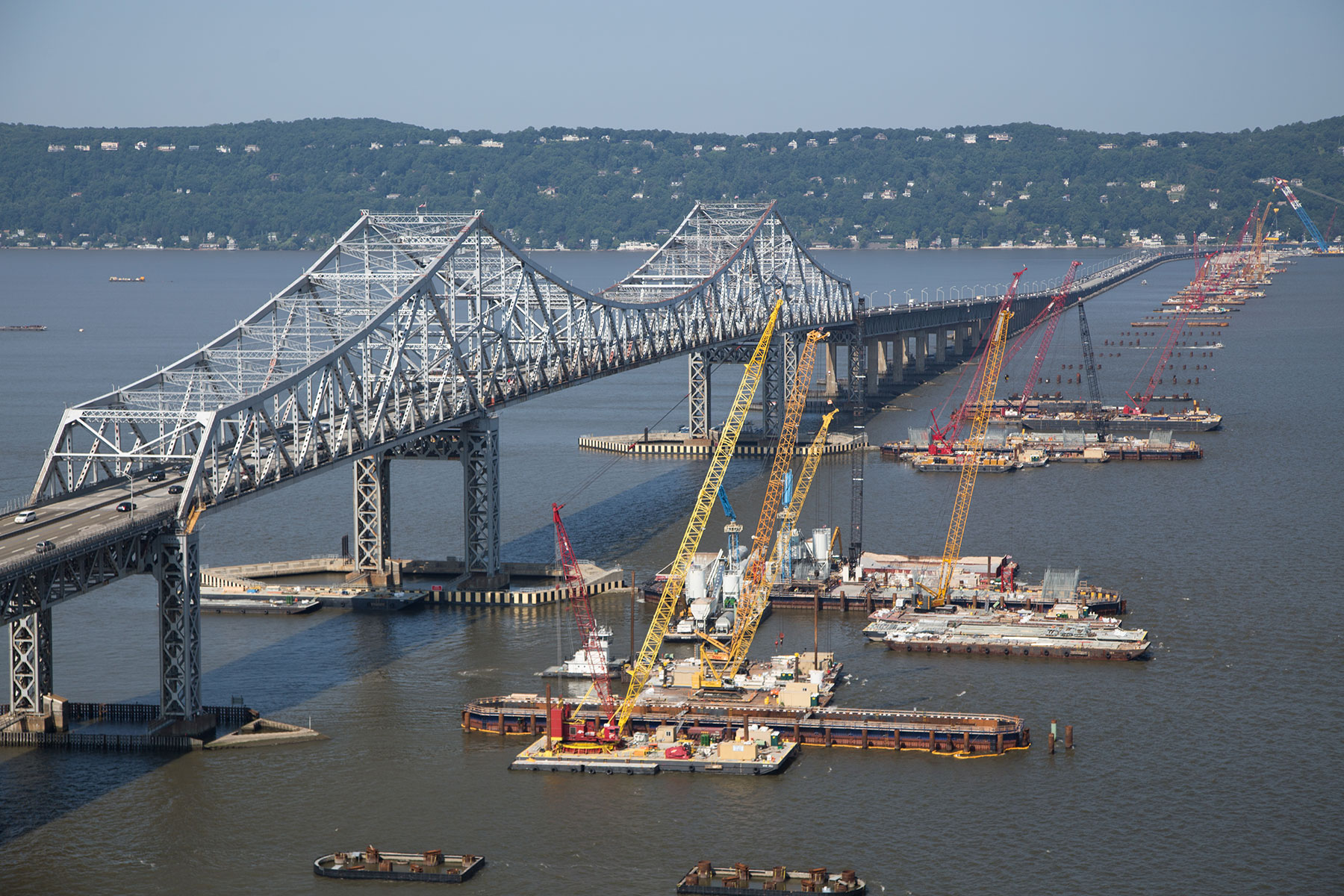