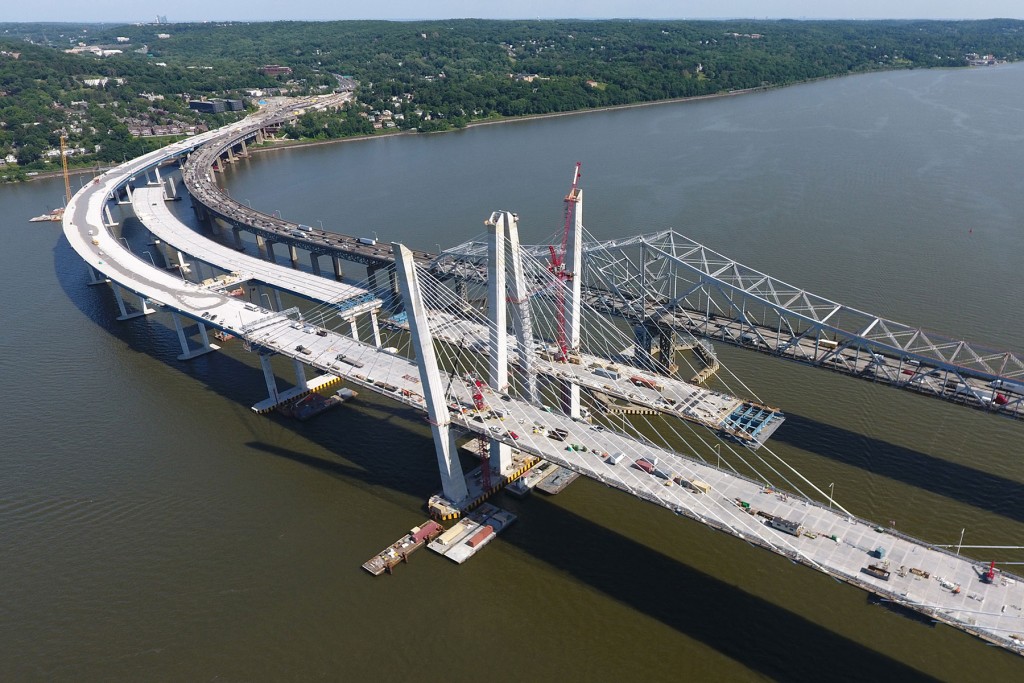 Four lanes of westbound/northbound traffic will shift to the new span on Friday night, Aug. 25.

The twin-span crossing, which is on track to open in 2018 and on budget at $3.98 billion, is one of the biggest active bridge projects in the nation and the largest in the history of the New York State Thruway Authority.

“The opening of the first span of the new Mario M. Cuomo Bridge next month is a clear message that after decades of stagnation, New York is building our transportation infrastructure better, safer and more efficiently than ever,” Governor Cuomo said. “This major milestone in the project to replace the aging Tappan Zee Bridge will be the first step in alleviating congestion for commuters while offering a state-of-the-art link over the Hudson River, built to last for generations to come.”

The Thruway Authority and Tappan Zee Constructors will shift four lanes of westbound/northbound traffic to the new span on Friday night, Aug. 25. The second step of moving four lanes of eastbound/southbound traffic to that span will begin later this fall. Four lanes of traffic in each direction will be separated by a concrete barrier. That traffic pattern will remain in effect until the second crossing is complete, and both spans of the bridge open in 2018.

The bridge project is recognized across the nation for its iconic design, including by President Barack Obama, who put the bridge at the top of his list of critical infrastructure priority projects.

The 3.1-mile crossing will connect Westchester and Rockland counties and serve as the main conduit between upstate and the New York City metropolitan region. In all, more than 6,300 people have contributed to the project thus far, totaling more than 8 million hours of man power. At the Governor’s direction, the Thruway Authority has managed this project since 2013 with two fundamental objectives, to first open the bridge in 2018, and second, finish the bridge at or below the budgeted cost of $3.98 billion.