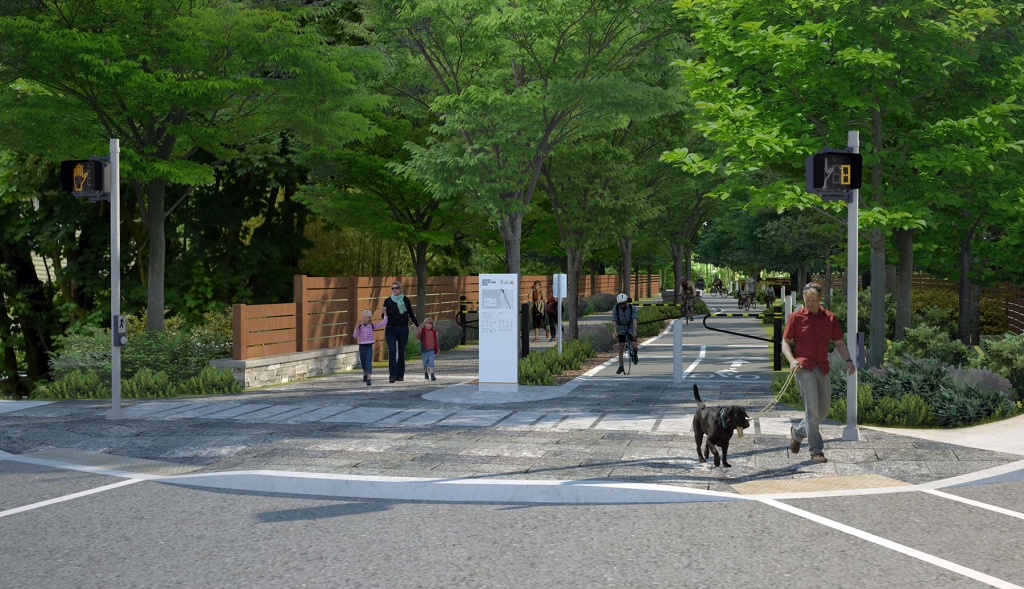 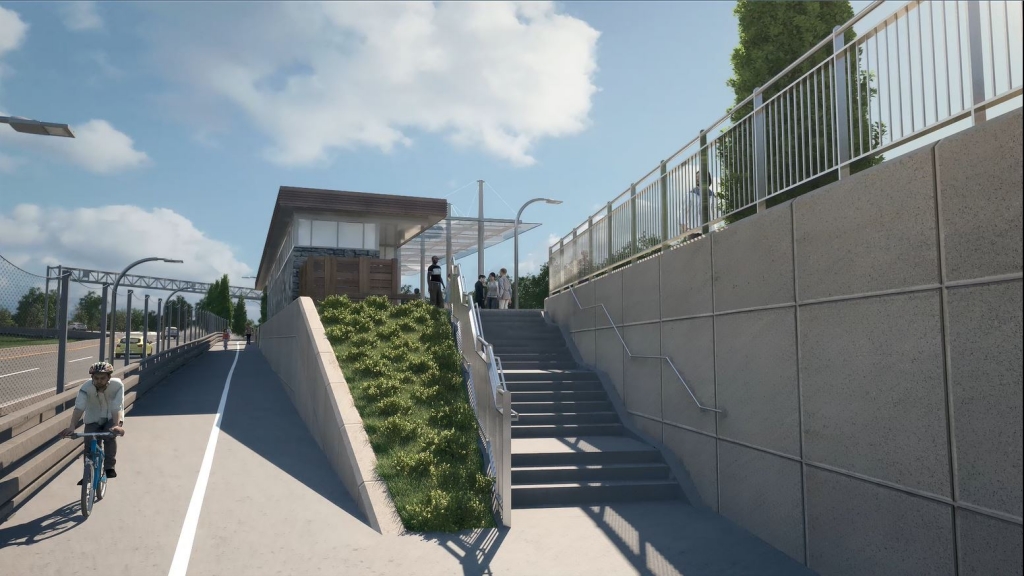 The New York State Thruway Authority is preparing to break ground on the Rockland side of the dedicated bike/pedestrian path, one of the most anticipated features of the new twin-span crossing.

The path will feature visitor parking lots, restrooms and other amenities at its landings in South Nyack and Tarrytown. Each landing will also connect to local bicycle and pedestrian networks.

In South Nyack, the path will terminate on Thruway land at Interchange 10, while a side path for bicyclists will run along part of the Esposito Trail.

Two years ago, South Nyack residents overwhelmingly supported relocating the end of the path and its visitor facilities to Interchange 10. Project officials have continued to work closely with Mayor Bonnie Christian and the village’s bridge task force to minimize construction impacts on the community.

In addition to the path, the project will include other local improvements, such as highway noise barriers, reconfigured access to the highway and several redesigned intersections.

Starting later this month, tree removal, clearing and grubbing will occur at various construction sites in the village. Additionally, crews will install a temporary traffic light on the South Broadway bridge, which will be reduced to one travel lane into next year so workers can safely construct an underpass for the path.

You can see the planned improvements in this fact sheet.

When completed, cyclists and pedestrians will enjoy a 12-foot wide path located on the northern side of the westbound span of the Governor Mario M. Cuomo Bridge. Separated from traffic by a concrete barrier, the path will also feature six scenic overlooks across the length of the 3.1-mile crossing.