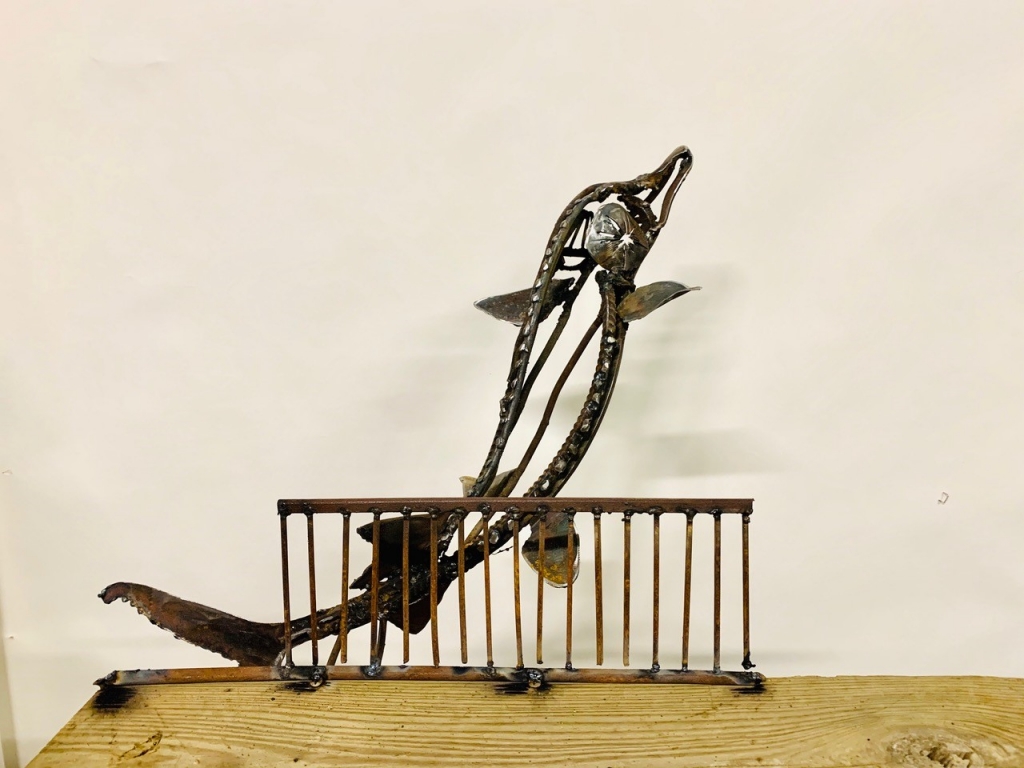 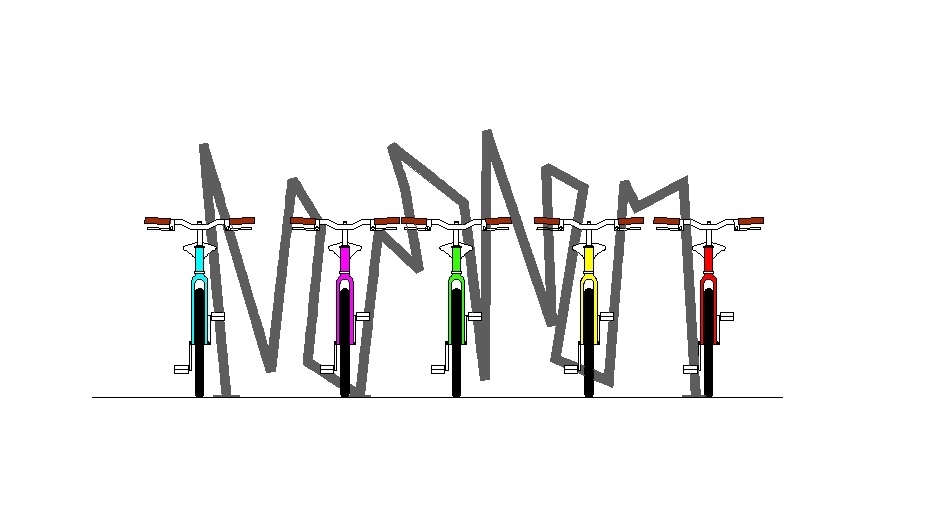 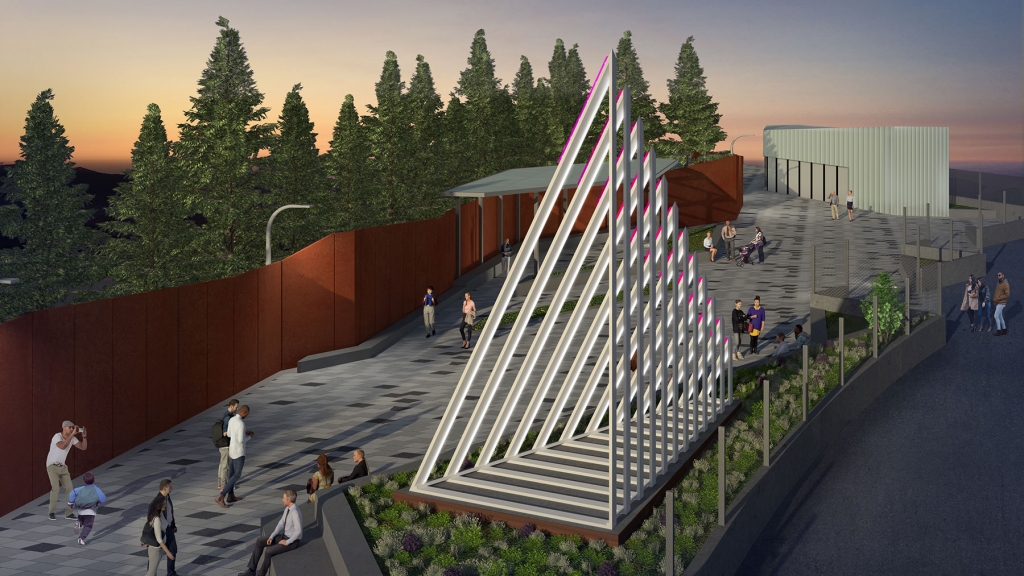 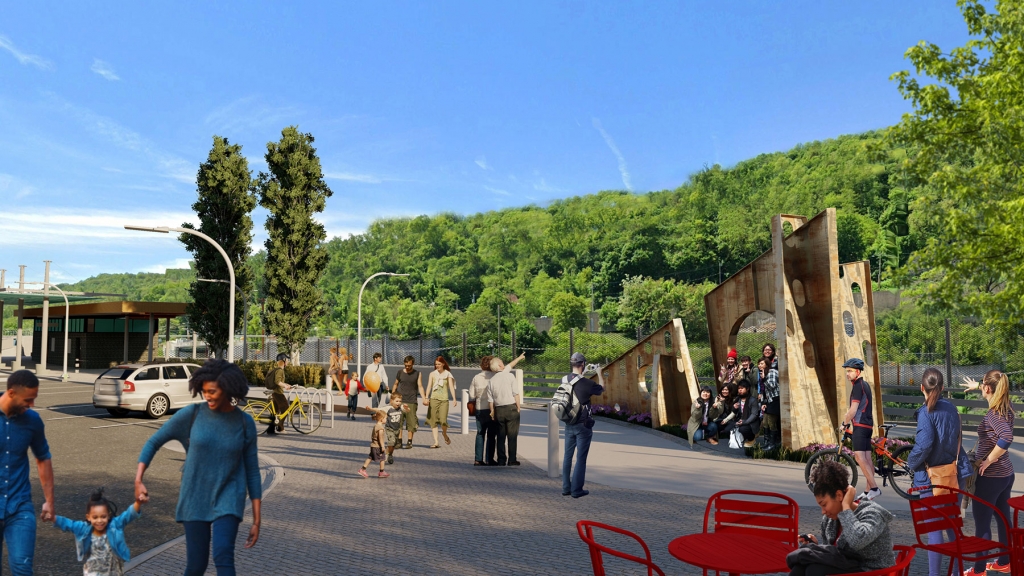 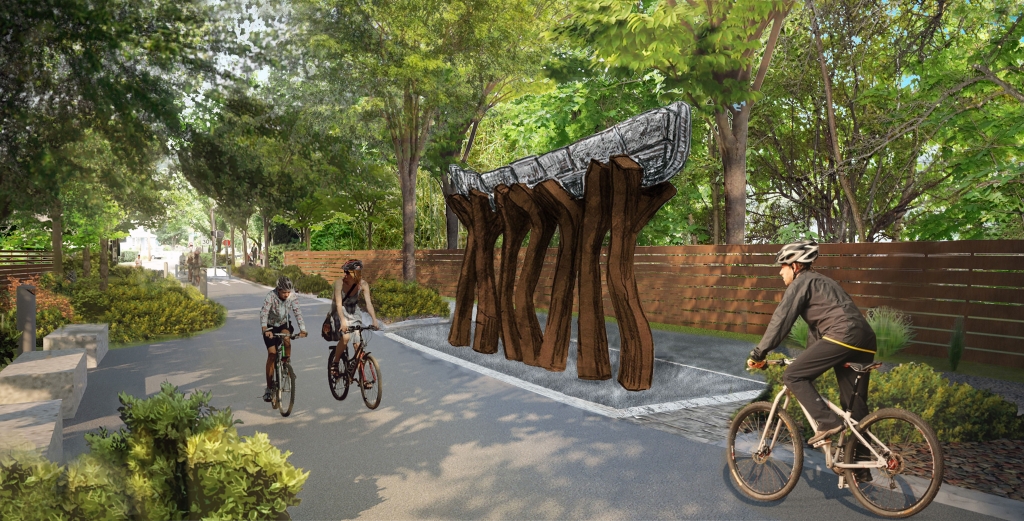 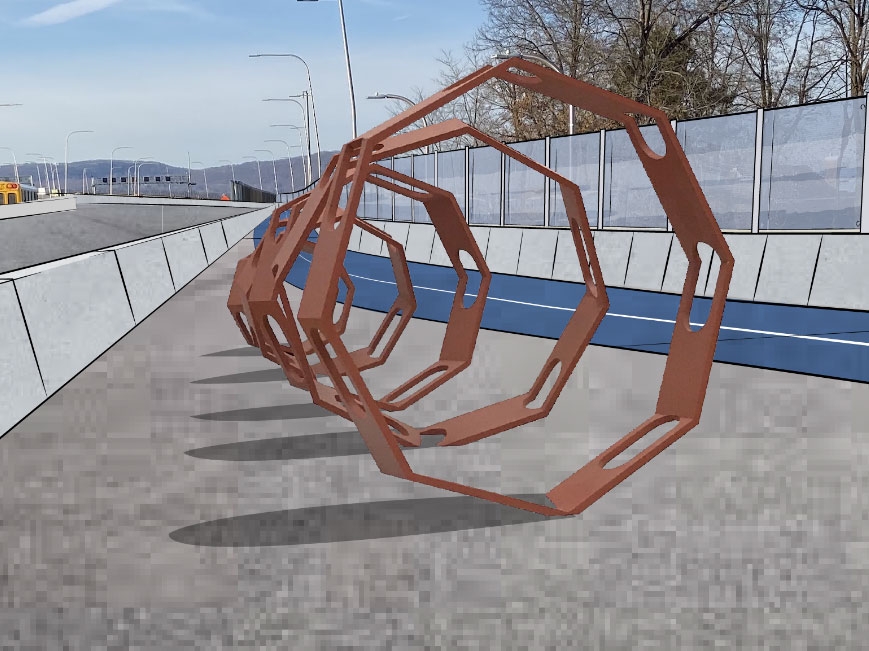 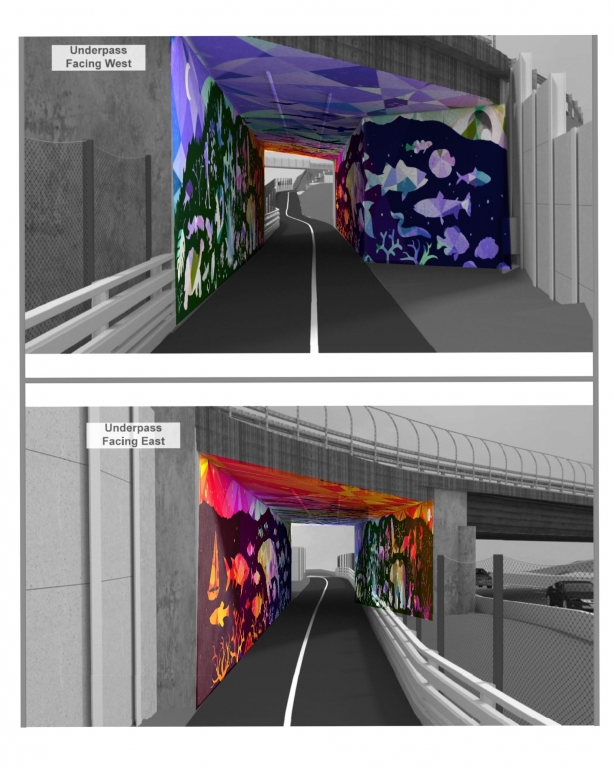 There will be new sights to see near the Governor Mario M. Cuomo Bridge’s 3.6-mile bicycle and pedestrian path later this year.

Governor Andrew M. Cuomo has announced the winners of the bridge’s Public Art Program. The 10 commissions, awarded to eight New York State artists, will be installed in the coming months. The New York State Thruway Authority partnered with ArtsWestchester and the Arts Council of Rockland on the program, which was first announced by the Governor in September 2018.

“The new Governor Mario M. Cuomo Bridge is an iconic gateway to the Hudson Valley,” Governor Cuomo said. “These 10 planned art installations along or near the bridge’s scenic biking and walking path will not only celebrate the rich history of the region but showcase the new twin-span crossing and the world-class artistic talent New York has to offer.”

The program features five sculptures, four bicycle racks and one mural. Three of the sculptures incorporate remnant steel salvaged from the decommissioned Tappan Zee Bridge. Locations include each end of the path at Rockland and Westchester Landings, as well as along the side path in South Nyack. The commissions, all of which are in various stages of development, are slated for installation this spring.

“Incorporating public art on the Governor Mario M. Cuomo Bridge path adds another critical layer of interest for this effort,” Thruway Authority Executive Director Matthew J. Driscoll said. “Art along the path will attract new visitors and encourage others to return, benefitting our local economies. Additionally, honoring the legacy of the decommissioned Tappan Zee Bridge by including its steel in their work truly brings this project full circle.”

Representatives from ArtsWestchester, Arts Council of Rockland and the Thruway Authority reviewed more than 100 applications, which included artist statements, work samples, and a project vision statement. Semi-finalists then submitted full proposals to the selection committee.

“To date, the community has experienced the Governor Mario M. Cuomo Bridge as art on a macro level, whether driving past its soaring towers to taking in the graceful span from either shoreline,” Governor Mario M. Cuomo Bridge Project Director Jamey Barbas said. “Through each of these 10 commissions along with the path’s six overlooks, visitors will soon experience art at a more intimate scale. We thank Governor Cuomo for his ongoing commitment to art in public spaces.”

ArtsWestchester administered the competition and issued the Requests for Proposals for the sculptures, bike racks and mural. The New NY Bridge Community Benefits Program is funding the initiative.

“Investment in art and culture helps to drive the region’s tourism, while at the same time enriching the quality of life for area residents,” ArtsWestchester CEO Janet T. Langsam said. “The addition of public art to the Shared Use Path will further position the Governor Mario M. Cuomo Bridge as a premier tourist attraction, offering bridge visitors unique places to experience both the natural beauty and the artistic beauty this exceptional destination has to offer.”

Arts Council of Rockland Executive Director Cheryl Baun added, “The Arts Council of Rockland and ArtsWestchester are thrilled to be partnering with the New York State Thruway Authority to bring spectacular works of public art to the public spaces around the Governor Mario M. Cuomo Bridge. The stellar New York artists who have been commissioned to create the signature sculptures, bike racks and a colorful mural will help enliven the scenic Hudson River landscape, enhancing the already extraordinary destination with world-class art for area residents and visitors to enjoy.”

Descriptions for the 10 commissions are listed below:

THE FLUX OF BEING (Chris Soria, Nyack)
Mural

Combining layers of abstract geometry with silhouettes of subjects from the natural environment, this mural celebrates the rich biodiversity of the Hudson River Valley.

This sculpture incorporates steel from both the Governor Mario M. Cuomo Bridge and its predecessor, the Tappan Zee. The piece evokes a sense of uplift, progress and momentum, visually anchoring the beginning of the bridge path in Rockland County.

Composed of 12 illuminated steel arches, CURRENT celebrates transformation. Referencing currents – of rivers, of light, of time – this dynamic sculpture is under continual activation. By day, its shadows and colored light refractions are ever-changing. In the evening, it creates a shared spatial experience through light animations that respond to movements of passers-by.

A 14-foot Atlantic Sturgeon — made from rebar and other salvaged steel — leaps out of the Hudson River. This sculpture celebrates the ancient and majestic fish that is part of the region’s history and lore as well as the state’s on-going population recovery efforts of this endangered species.

Seven abstracted figures carry a canoe alongside pedestrians and bicyclists, in a metaphorical shared journey. This sculpture pays homage to the Native American Lenape and their history along the Hudson River, while also symbolizing the value of collaboration in crossing rivers, building communities, and reaching new horizons.

Slightly askew, concentric octagonal forms mimic ripples on the river’s surface and frame the iconic towers of the Governor Mario M. Cuomo Bridge. Made from steel reclaimed from the Tappan Zee Bridge, this sculpture is a tribute to the artist’s father.

The design of this bike rack is informed by marine mooring bollards and alludes to the historic importance of the Hudson River as a commercial transportation artery. The oval openings accommodate the “mooring” of a bicycle, offering cyclists a rest on their cross-river journey. The design will be used in two locations on the path, one in Rockland and one in Westchester.

The dynamic form of this bike rack references the Palisades and the New York City skyline, two views that converge while crossing the Governor Mario M. Cuomo Bridge.