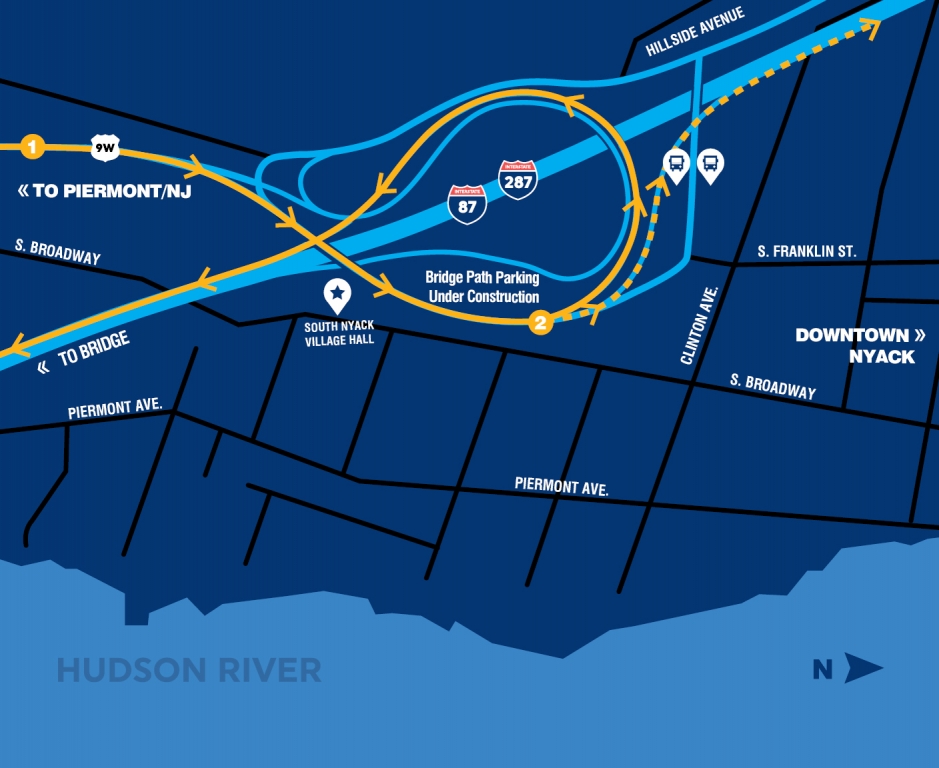 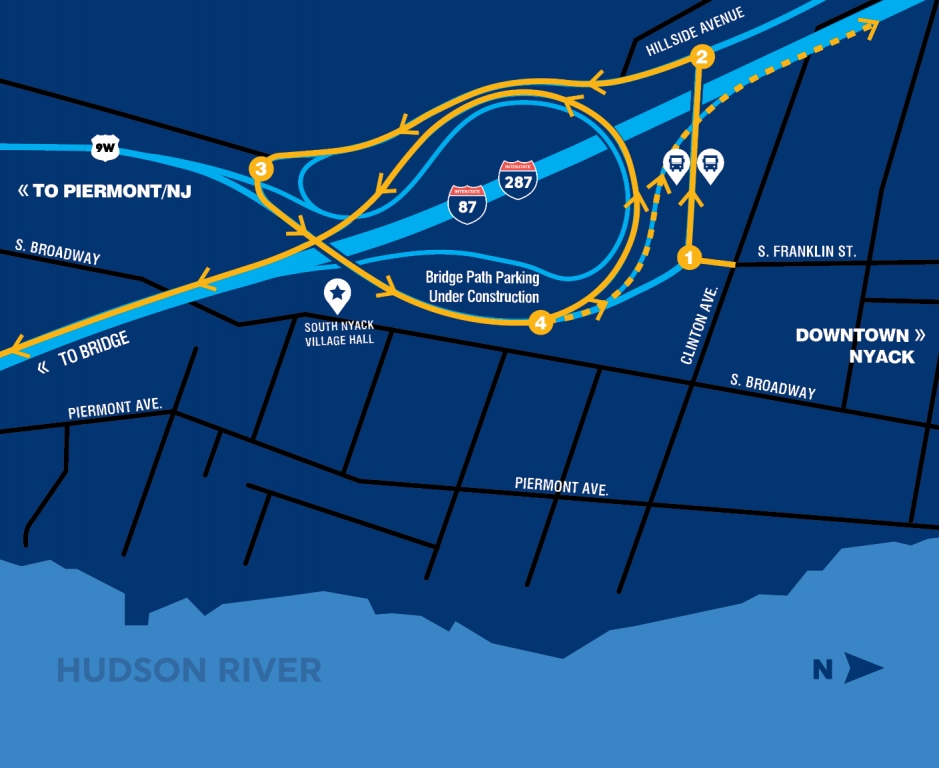 Motorists will soon have a new way to access the New York State Thruway (I-87/I-287) in South Nyack.

The revised configuration of Interchange 10 is anticipated to go into effect during the week of October 7, with northbound and southbound vehicles accessing the Thruway from a new signalized intersection at Route 9W and Hillside Avenue. When the new intersection is opened to the public, the current southbound on-ramp from South Broadway will be permanently closed.

With this new traffic pattern, riders of the Hudson Link bus service will use two new stops on South Franklin Street Extension. They will replace the current stops at Clinton Avenue and South Broadway.

The transformation of Interchange 10 is an important step in connecting the Governor Mario M. Cuomo Bridge’s 3.6-mile shared use path with its Rockland landing on Thruway property. Closing the South Broadway on-ramp was a critical aspect of the plan endorsed by South Nyack officials and residents in 2016. A side path for cyclists will run alongside part of the Esposito Trail, ending at the corner of Clinton Avenue and South Franklin Street. Improvements have been made at several intersections in the area.

The 3.6-mile bike and pedestrian path will connect to its Westchester Landing in Tarrytown.

You can download a printable version of the Interchange 10 maps here.