UPDATE – Controlled Demolition
Rescheduled for Morning of Tuesday, Jan. 15 What You Need to Know 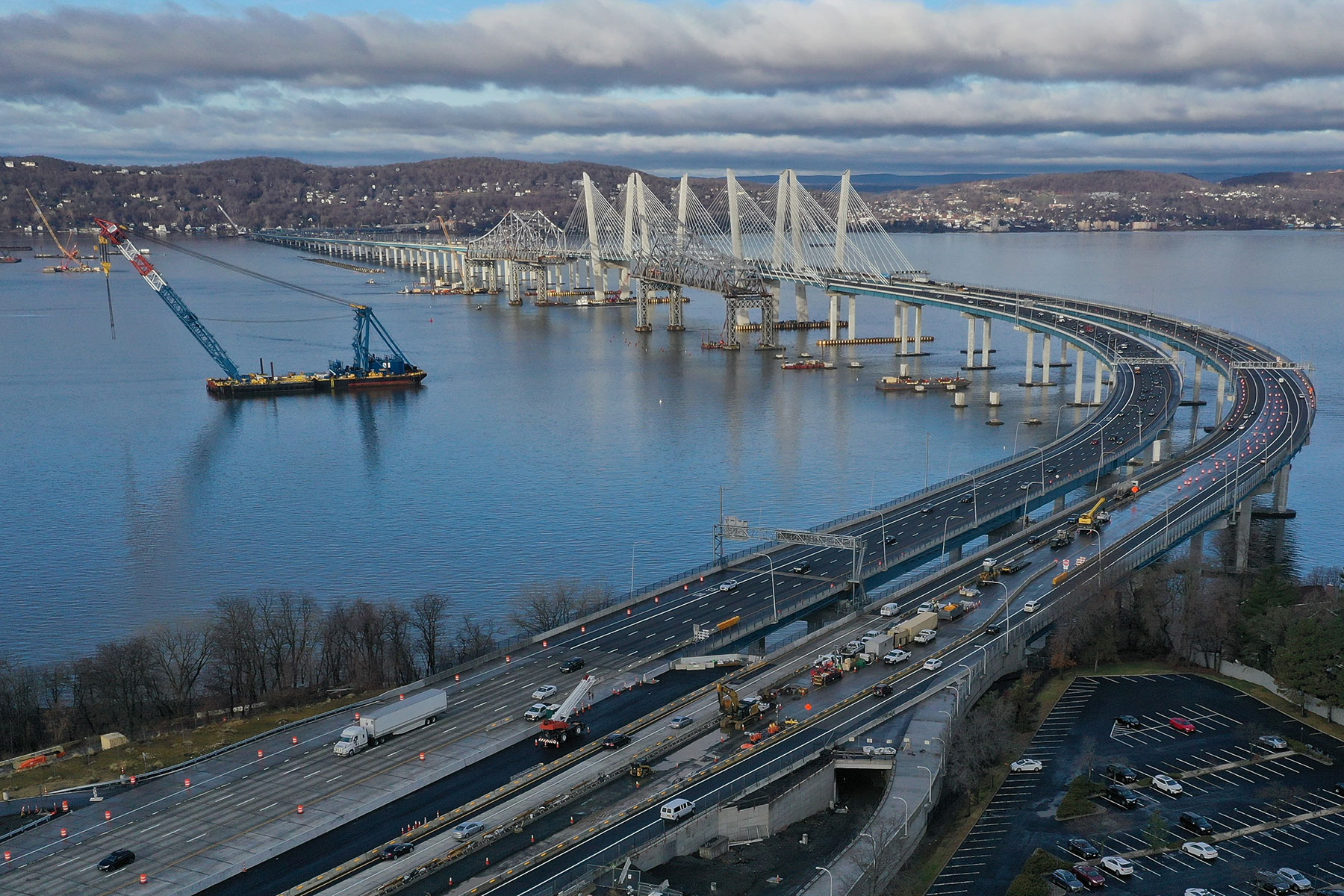 The east anchor span of the old Tappan Zee Bridge will be lowered through a controlled demolition.

WHAT WORK IS BEING DONE?

Tappan Zee Constructors (TZC) is scheduled to lower the old Tappan Zee Bridge’s damaged east anchor span through the use of a controlled demolition. The operation will necessitate:

WHY IS THE TEMPORARY TRAFFIC STOP NECESSARY?
To eliminate any potential risk to the travelling public, traffic on the New York State Thruway (I-87/I-287) – between exits 11 (Nyack – South Nyack – US Route 9W) and 9 (Tarrytown, Sleepy Hollow – Route 9) – will be stopped in both directions by State Police at 10 a.m. for approximately 45 minutes. When the operation is complete, Tappan Zee Constructors will inspect the roadway before the Thruway Authority reopens the highway to traffic. Motorists are strongly encouraged to avoid the area and find alternate routes on the day of the activity.

HOW NOISY WILL IT BE? WILL THIS DISTURB MY SLEEP / PETS / DAILY ACTIVITY?
The operation is scheduled to occur during daytime hours and is expected to cause a brief loud noise comparable to a single set of fireworks. Loud noises often startle animals, especially dogs, so pet owners are advised to keep their animals indoors or leashed during the operation.

WHAT SAFETY PRECAUTIONS ARE BEING TAKEN ON THE WATER?
The U.S. Coast Guard is planning to establish a 2,500-foot safety radius around the operation. The navigation channel will be closed for approximately three hours beginning at approximately 8:30 a.m.

HOW WILL LOCAL RESIDENTS BE IMPACTED?
No residences are within the safety zone, and local residents are not anticipated to be directly affected – outside of the brief noise of the operation. Monitors will be placed in key locations in Westchester and Rockland counties to monitor any vibrations or air-blasts generated by the demolition.

WILL THIS OPERATION AFFECT METRO-NORTH SERVICE?
TZC is also coordinating with Metro-North Railroad regarding trains on the Hudson Line. The latest schedule information can be found here.

WHAT WILL BE VISIBLE AFTER THE OPERATION?
Following the operation, portions of the old east anchor span will be visible above the water line. These portions will remain visible as the span is removed from the Hudson River.

You can receive more updates on the project by subscribing to our monthly newsletter or by following @NewNYBridge on Twitter.

This article was updated on Friday, January 11, 2019 to reflect the new demolition schedule.