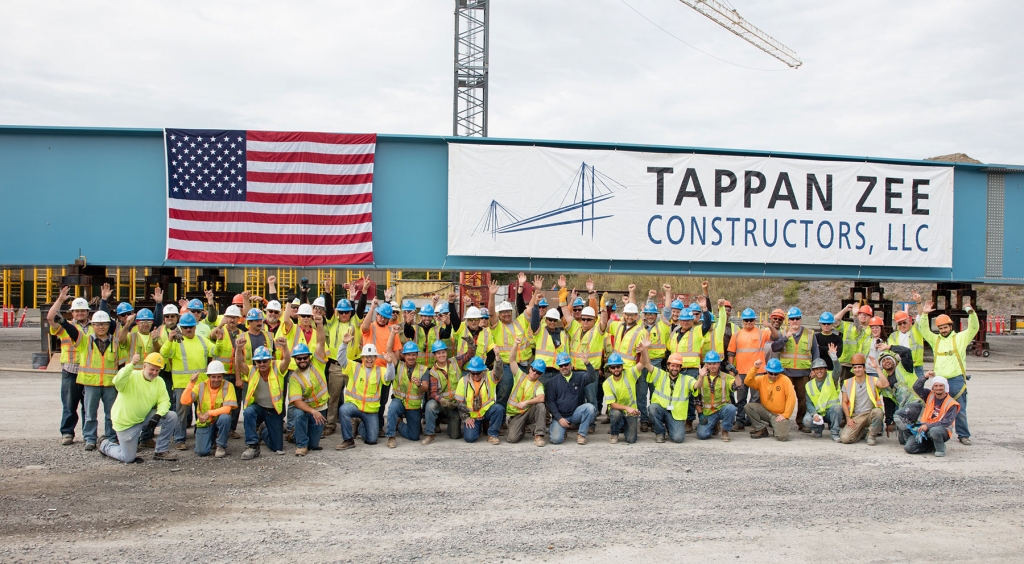 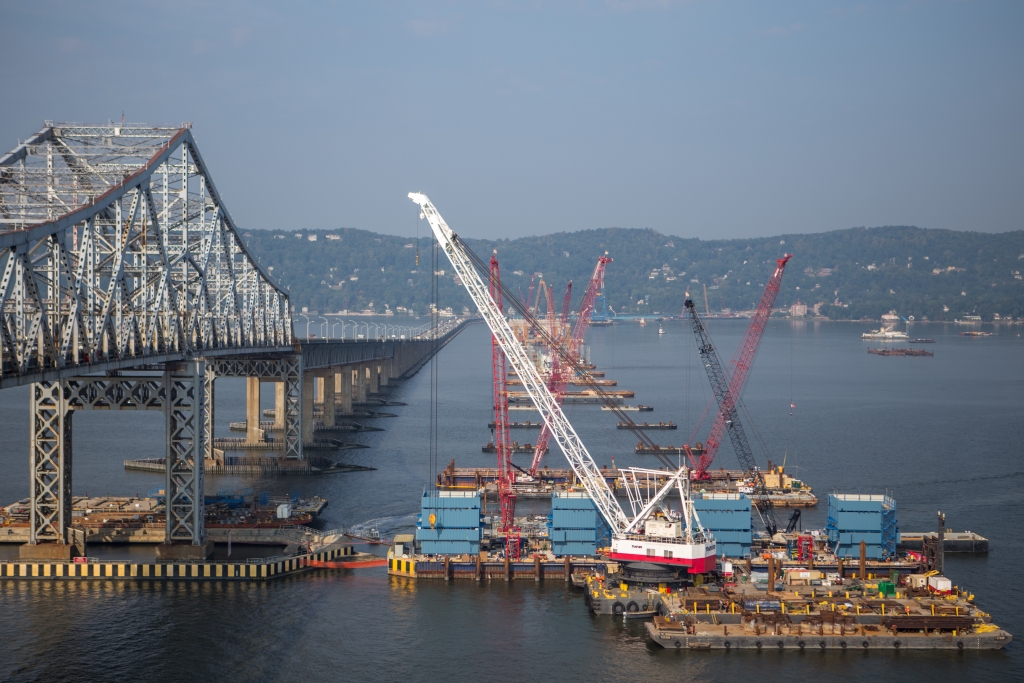 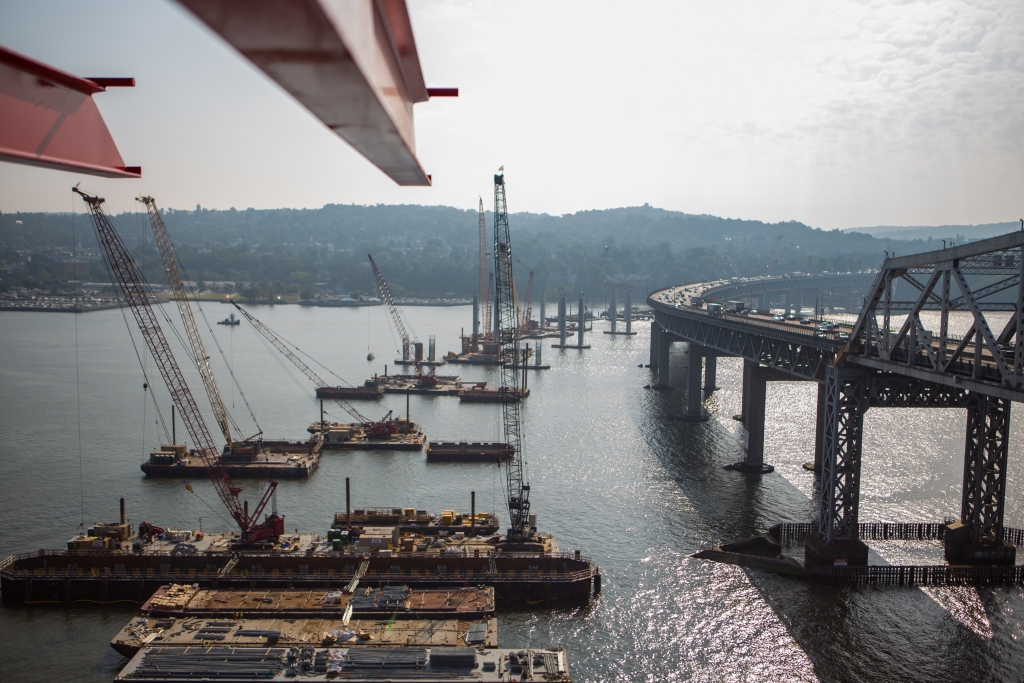 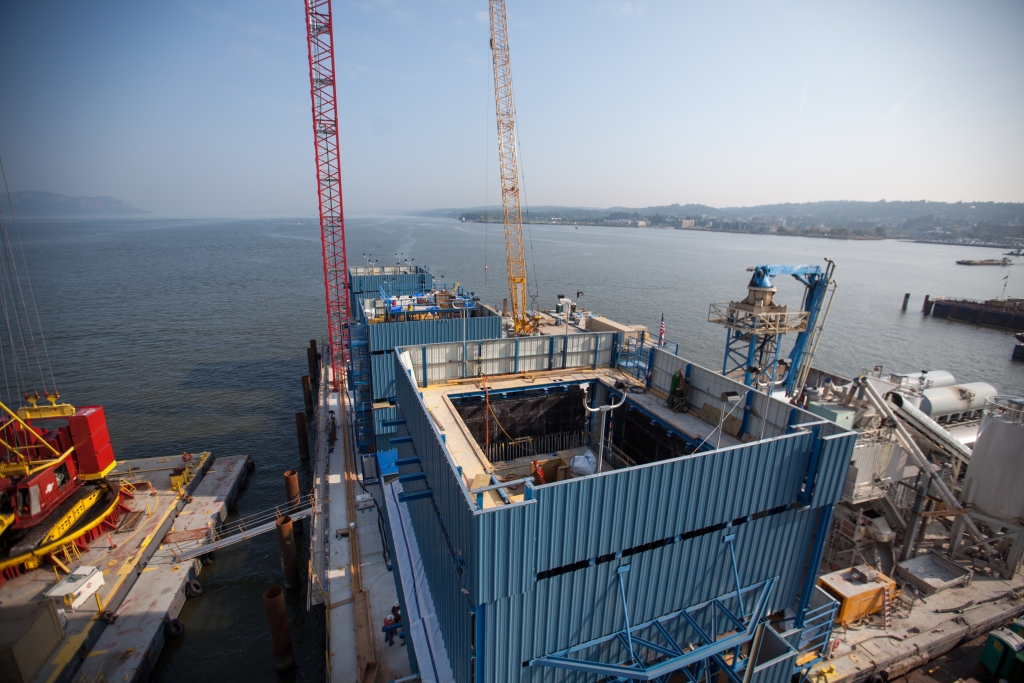 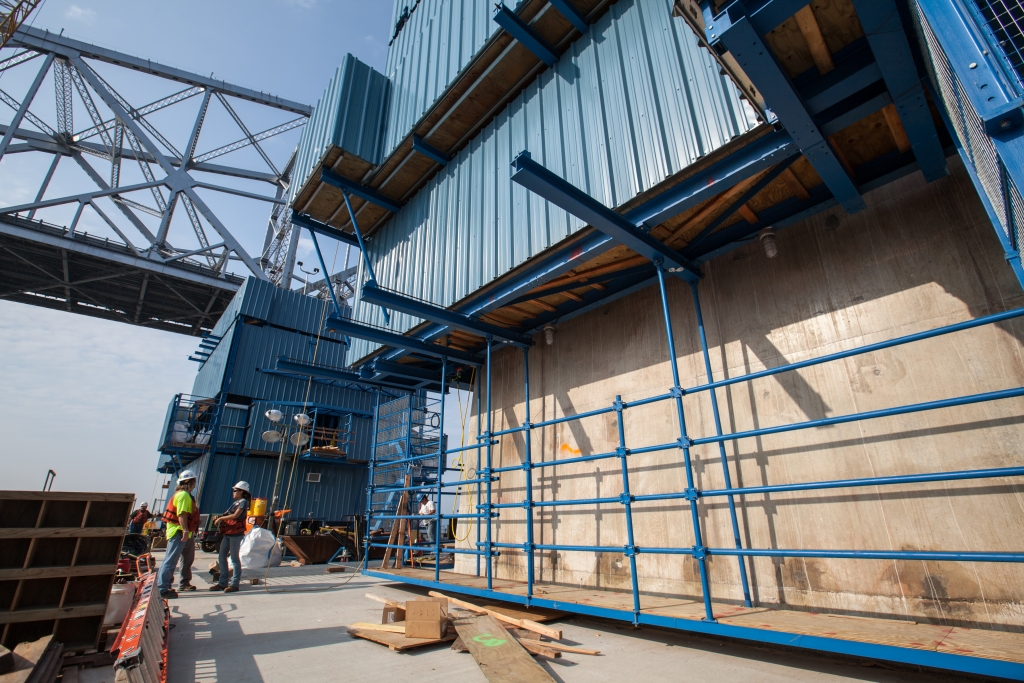 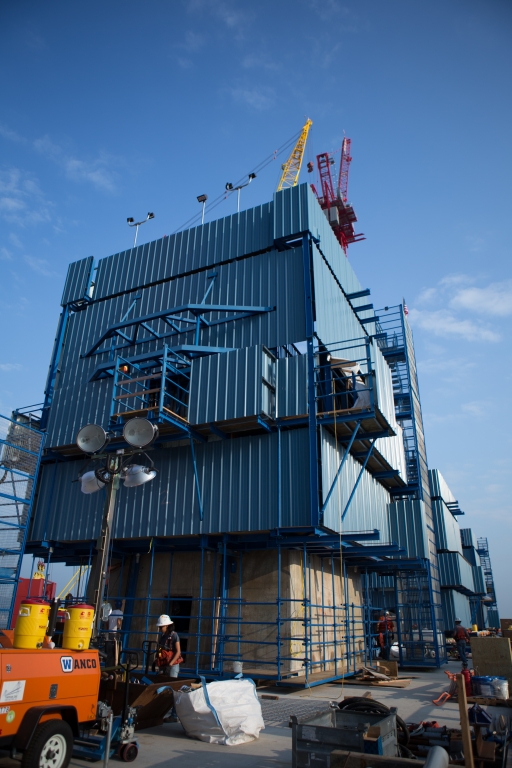 The jump forms, now positioned on the main span pile caps, will enable the open concrete towers to take their iconic shape. Crews will use a series of climbing tower cranes and catwalks to install steel reinforcement and to cast the concrete. As each segment is completed, the forms will “jump” to the next level via a jacking system, allowing the next segment to be built on top of the preceding one. This process will continue until all eight towers of the new bridge reach their 40-story full height. 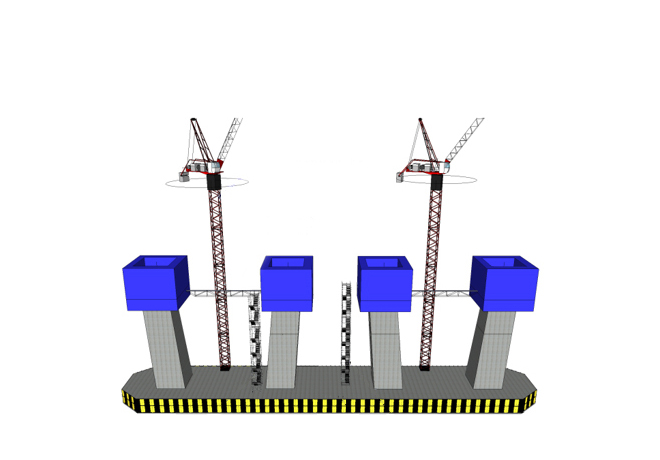 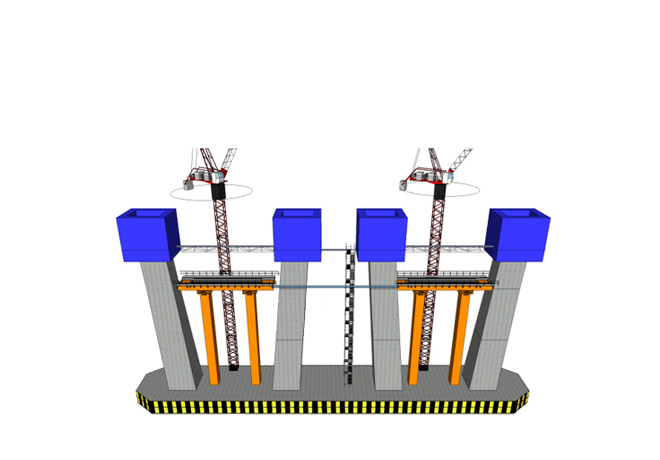 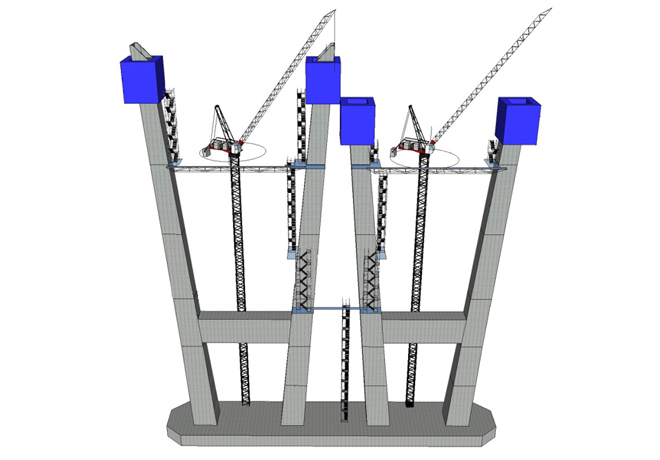 As each segment is completed, the jump forms are raised higher with a jacking system, enabling the next segment to be built on top of the preceding segment. The process will continue until all eight towers reach their full height of 419 feet.

Each jump form is composed of two different frames, one internal and one external. The external frame moves upward ahead of the internal frame, providing a safe area for TZC workers to install rebar cages. While the rebar is installed, the internal frame remains with the previous segment of the tower until the next segment is ready to be filled with concrete (as seen in this animation). The frames are then joined together, acting as casting molds that enable the concrete to cure.

TZC personnel trained for the elaborate procedure by creating a full-sized mock-up of a jump form and tower base at an off-site location. Integral to the training was a fall protection class covering proper usage of life lines and harnesses. Having successfully completed the training regimen in July, the crew is fully prepared for the actual operation now underway.