The Results Are In! Falcons Named Puente and Tarrytalon 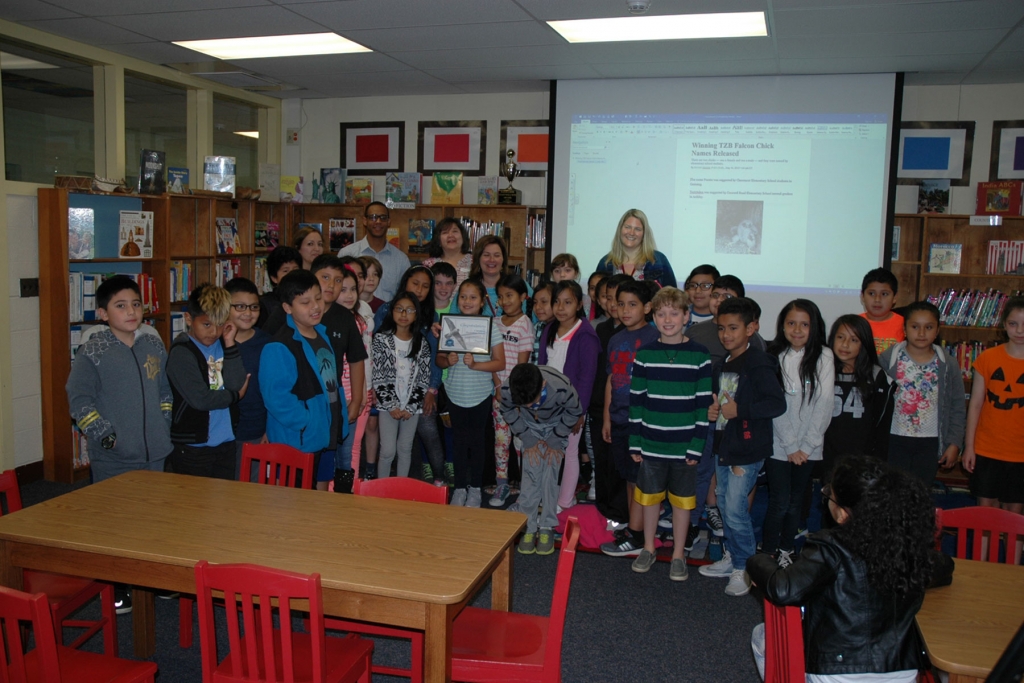 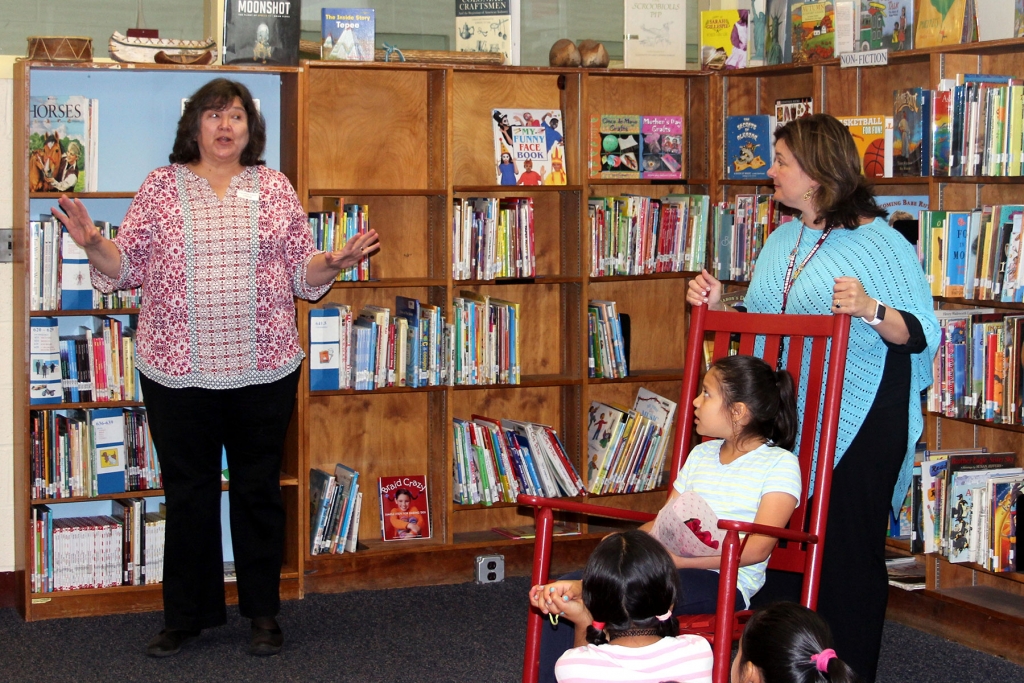 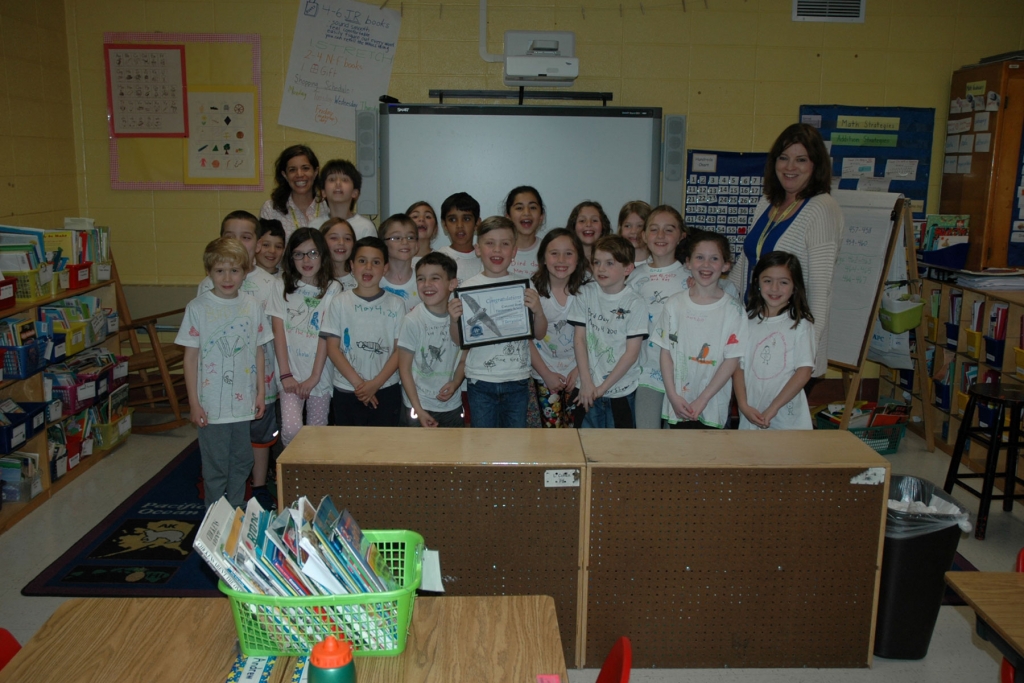 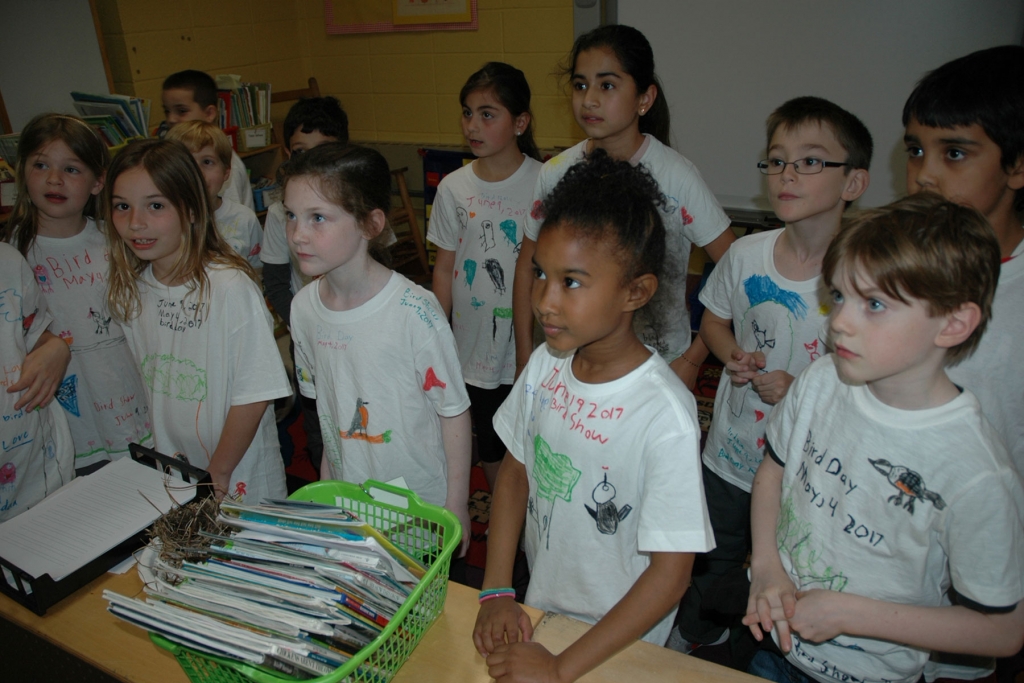 The New NY Bridge project is pleased to announce the winning names of the 2017 Falcon Naming Contest: Puente and Tarrytalon. The winners were decided through a week-long online public poll, featuring submissions from local students.

Classes began submitting names shortly after the hatching of two young falcons in the Tappan Zee Bridge’s nest box this April. The project outreach team curated a list of the top 10 submissions and opened a public poll on the project’s FalconCam webpage. By May 10, thousands had voted for their favorite falcon name, with Puente collecting just eight more votes than Tarrytalon. Both winning submissions collected hundreds of votes, along with runners up Flappin Zee and Jimmy Falcon. 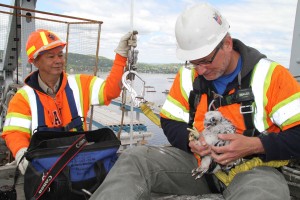 The young Tappan Zee falcons were tagged with identifying bands by the New York State Department of Environmental Conservation.

The project outreach team visited the winning classes on May 22 to deliver award certificates and share more information on the endangered peregrine falcons.

At Claremont Elementary School in Ossining, fourth grader Emily Alvarez and her classmates in the school’s Dual Language program received recognition for her winning submission: Puente. Emily noted that she felt, “shy, nervous, excited and happy,” to be the center of attention.

“I never thought this moment would happen,” Emily said.

“The name Puente is symbolic in a lot of ways,” teacher Micki Lockwood said. “It means bringing people together. It means bridging the gap between two places. And it brought English and Spanish together.”

Kristine Edwards, the project’s Environmental Compliance Manager, was also on hand to lead a discussion on the falcons and answer questions from students. She told them that representatives with the New York State Department of Environmental Conservation recently tagged the birds because they were a protected species and so they could monitor and study their behavior.

The students were also excited to learn that Puente was a male, while Tarrytalon was female.

The informative session was one of hundreds sponsored to date by the project’s educational outreach initiative. The outreach team will revisit Claremont Elementary next month to help reinforce this year’s STEM curriculum – which highlights the different types of bridges built around the world.

The outreach team then visited Concord Road Elementary School in Ardsley, where they presented a certificate to second grader Andrew Wenzel and his class for his submission: Tarrytalon. Andrew said he was looking for a name, “with a lot of creativity,” when he combined Tarrytown (the location where the bridge meets the land in Westchester) with talon (the name for a falcon’s claws).

The technical term was one of the many things the class learned from teacher Rebecca Kirsch and teaching assistant Eileen Ray during their study of birds – with the Tappan Zee peregrines serving as prime examples. Ms. Kirsch said that “having a local connection made the topic a lot more relevant for the students.” The birds also served a gateway to other subjects as the class covered lessons in math through their understanding of the peregrine falcon’s incredible flight speed and geography through the birds’ migration patterns. 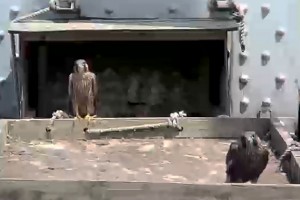 Watch as the young Tappan Zee falcons via the 24/7 FalconCam.

The two newly-named falcons fledged the nest earlier this week. The birds’ white “baby feathers” had been replaced with by their adult feathers, which are shades of brown. The young birds are expected to occupy the man-made nest box in the existing Tappan Zee Bridge until they have learned to hunt and survive on their own in the coming weeks.

The Tappan Zee Bridge’s nest box is maintained by the New York State Thruway Authority. The new bridge will include a new peregrine falcon nest box at the top of its 419-foot towers. Falcon fans are urged to keep an eye on the birds via the project’s 24/7 FalconCam.

Please note: the FalconCam provides an unfiltered window on the day-to-day lives of these fascinating birds of prey. At any given moment, you may see the adult falcons eating, feeding their young, defending their nest and more. These are wild birds and their behaviors reflect what really happens in nature.