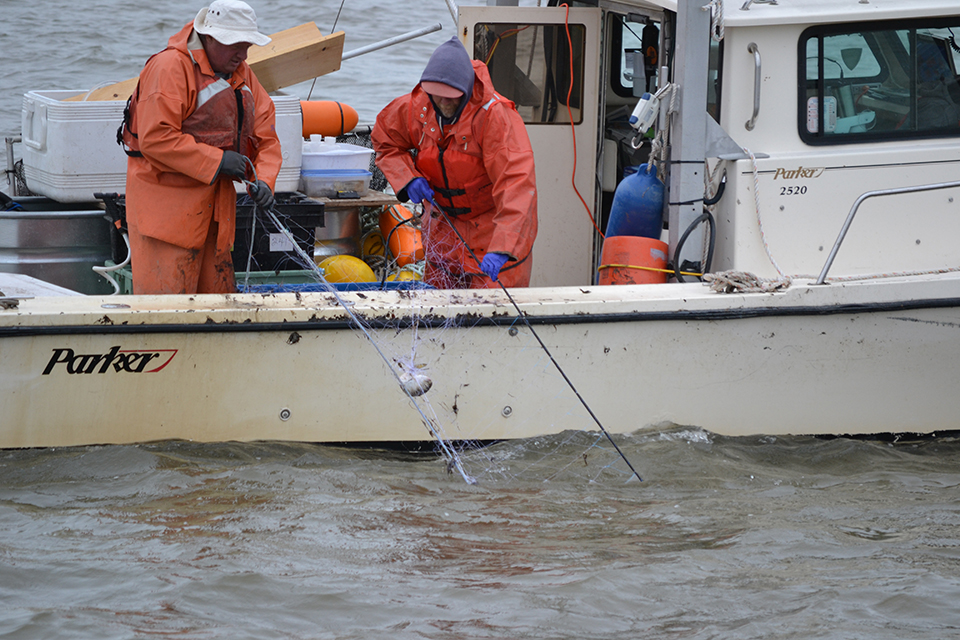 May 28, 2014Nets are utilized to collect sturgeon from the Hudson River for tagging.

Native to the Hudson River and once plentiful here, the shortnose and Atlantic sturgeon were identified as endangered species and fishing of them was halted in 1996. Since then, the sturgeon population has been growing steadily in the Hudson, one of the species’ most important habitats. 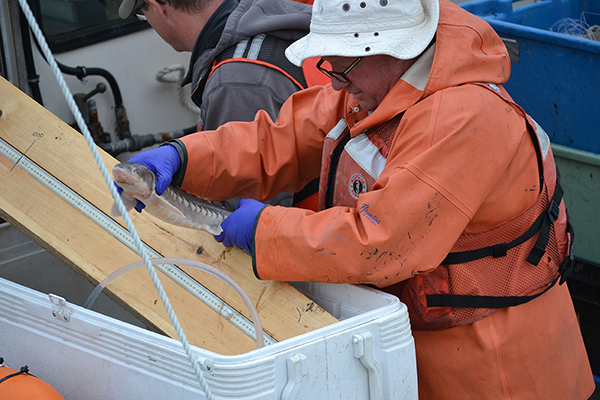 Marine biologists measure and tag sturgeon before releasing them back into the Hudson River.

The New York State Thruway Authority and the New NY Bridge project are committed to protecting sturgeon and other aquatic wildlife during the construction of the new crossing. Extensive environmental protection efforts and mitigation measures reflect the goal of Governor Andrew Cuomo to make the new crossing one of the most environmentally sensitive bridge projects ever undertaken.

This spring, the New York State Thruway Authority began tagging, and tracking sturgeon as part of an effort to help researchers learn more about their habits and their behavior during the construction of the New NY Bridge. 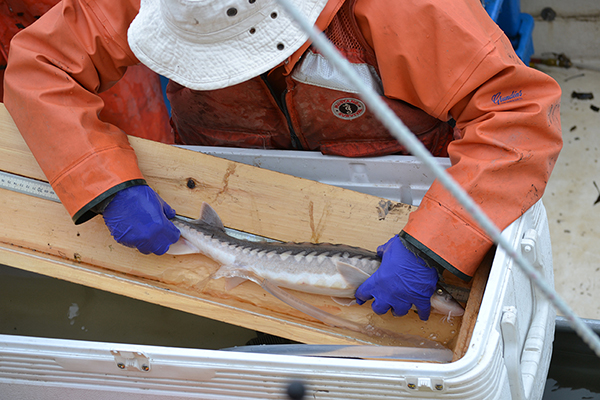 Sturgeon are measured to help determine if they are juveniles or adults. During the process, river water is pumped over the fish’s body and gills to keep it wet and to allow it to “breathe.”

More than one hundred short nose and Atlantic sturgeon will be tagged with a device that transmits a high-frequency acoustic signal. The tags are placed into the body cavity of the fish. In combination with more than 30 acoustic receivers positioned in the river and near the Tappan Zee Bridge, researchers “listen” for tagged sturgeon and collect data that helps determine how many sturgeon are in this part of the river, feeding and migratory habits, and how the fish are reacting and adapting to construction activities.

At the New NY Bridge construction site, the impact of underwater noise and vibration produced during pile driving on sturgeon and other aquatic life is mitigated through the use of a bubble curtain system, which surrounds the pile with a wall of bubbles and dampens the noise and vibrations. In addition, dredging is limited to the late summer and early fall months to avoid interrupting the main sturgeon spawning and migration patterns.

Additional sturgeon conservation efforts by the Thruway Authority include the development and implementation of an outreach program to educate the public and commercial fisherman on the potential impacts of commercial fishing on the sturgeon.