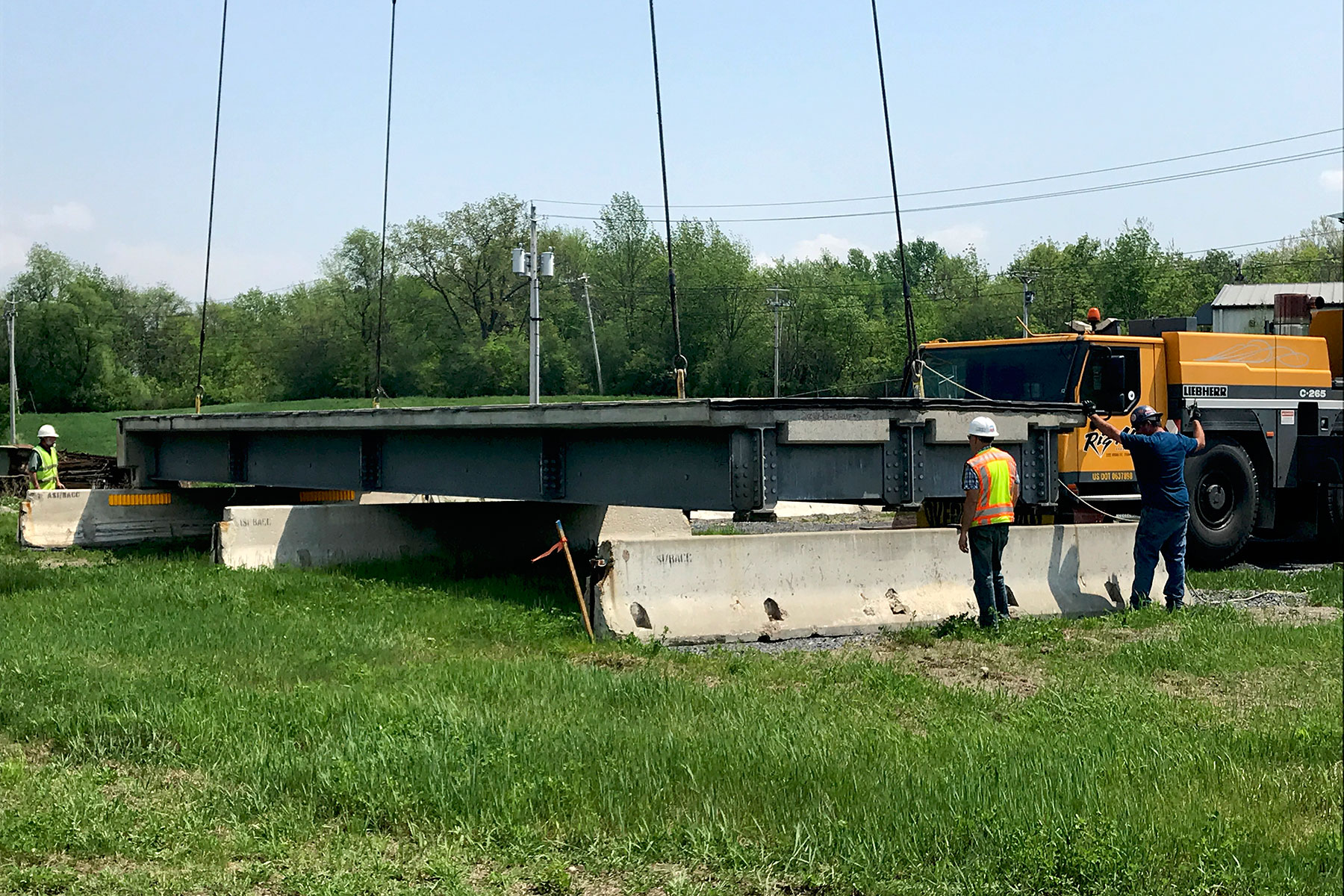 This month the project team completed the deliveries of 135 concrete deck panel units from the retired Tappan Zee Bridge to local municipalities across New York. The New York State Thruway Authority made the deck panels available following the opening of the first span of the Governor Mario M. Cuomo Bridge to traffic last year. Including removal and delivery, the units have an estimated value of approximately $4.1 million.

“The Tappan Zee Bridge will live on as part of critical bridge and infrastructure projects across this great state,” Governor Cuomo said. “Re-using materials from the bridge to support local communities is another example of smart, cost-effective governance.”

Installed within the last ten years, the Tappan Zee Bridge deck panel units are approximately 13 feet wide by 50 feet long. Each panel is 8.25 inches thick and weighs anywhere from 75,000 to 110,000 pounds. The deck panel program is now closed. 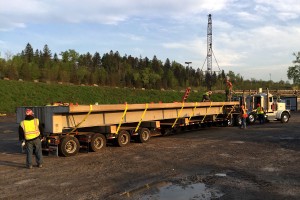 Beginning in mid-May, 60-foot long flat deck trucks transported individual panels from the Port of Coeymans in Albany County to 13 municipal maintenance yards. Overall, nine local municipalities along with the New York State Department of Transportation (NYSDOT) requested the transfer of the deck panel units for immediate and future infrastructure needs. For example, Orange County this year is using three of the 14 deck panels it received for a highway bridge on Route 11 in the town of Mount Hope. Allegany and Steuben counties are also planning to use some deck panels this year.

In addition to the deck panels, recycled Tappan Zee Bridge materials are being used to expand and support the development of the state Department of Environmental Conservation’s artificial reef sites off the shores of Long Island. In late May, nearly 900 tons of material from the old bridge, including cleaned steel and concrete, were added to the Shinnecock Reef. State agencies will continue the reef program this year by deploying an additional 33 barges of bridge materials to six reef sites. Under the leadership of Governor Cuomo, the initiative marks the largest artificial reef expansion in state history in an effort to improve diverse marine life and boost local industries.

You can receive more updates on the project by subscribing to our monthly newsletter or by following @NewNYBridge on Twitter.