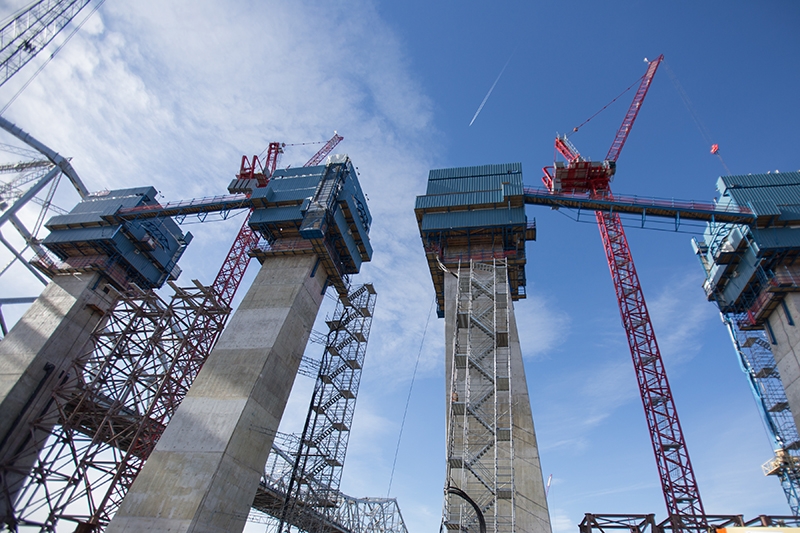 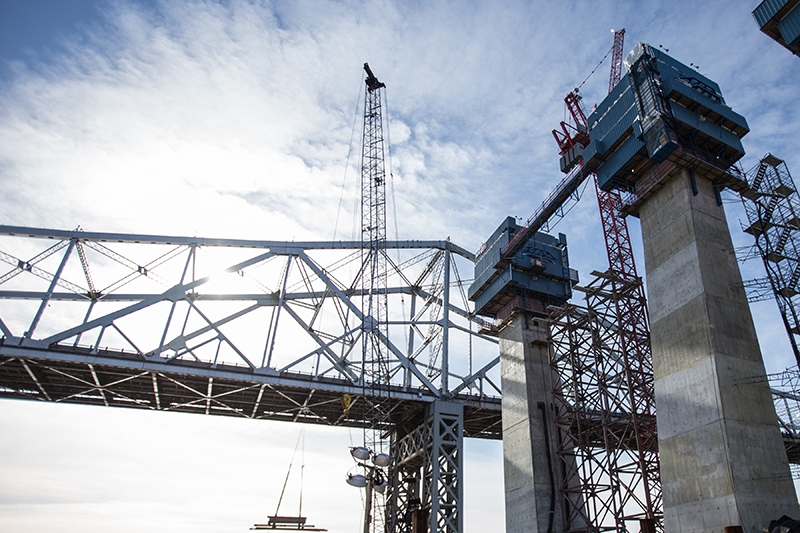 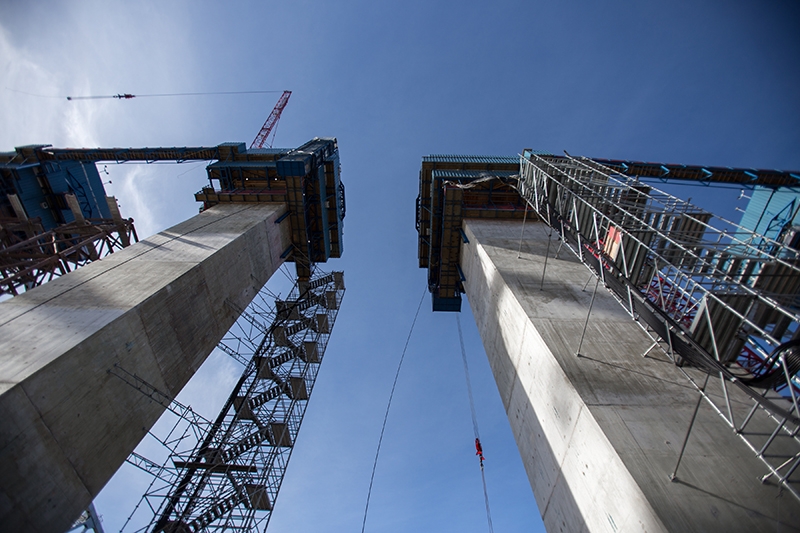 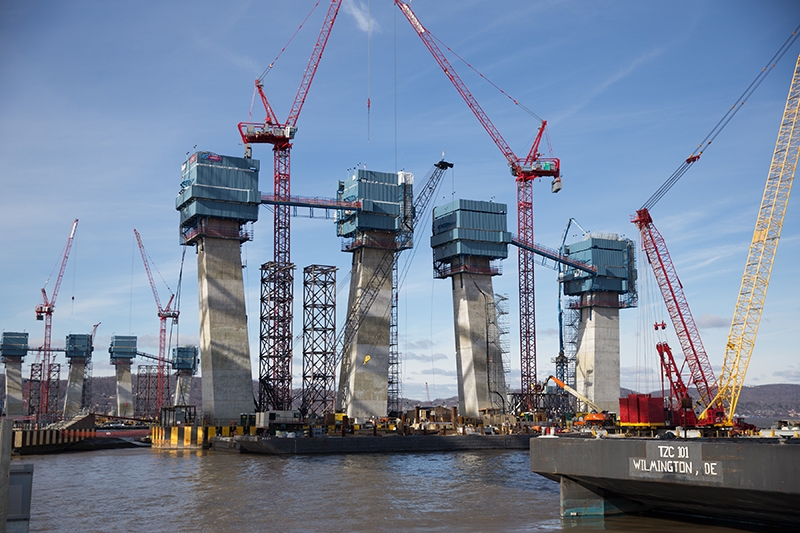 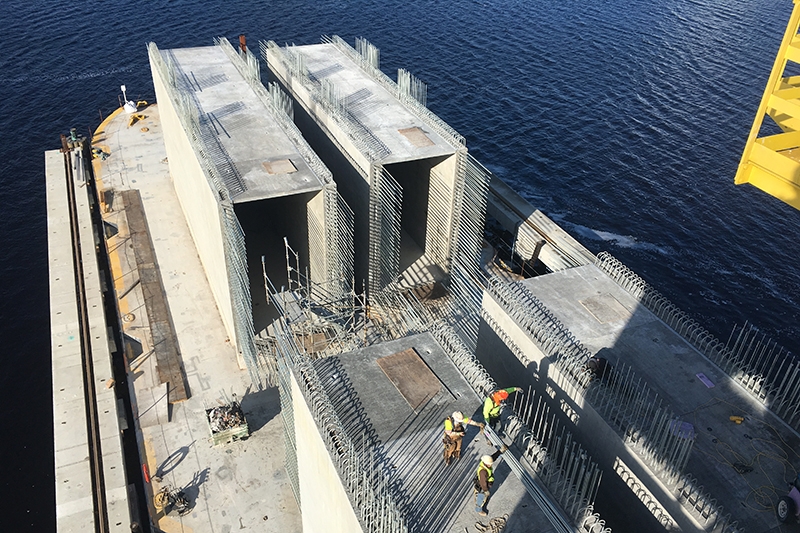 The most iconic feature of the New NY Bridge project reached new heights this week, as all eight main span towers ascended above the existing Tappan Zee Bridge’s road deck. The rising structures now stand more than 165 feet above the river.

Tower construction began shortly after the completion of their football-field-long bases last September. TZC crews have now poured half of the 24,000 cubic yards of concrete needed to bring the towers to their full height. The remaining half of concrete will more than double the current height of the towers, as their shape becomes increasingly tapered at higher levels.

TZC is utilizing innovative self-climbing jump forms – the large blue units visible atop the rising towers – to cast the structures, repeatedly building one segment on top of the previous one. At present, the majority of the eight towers’ jump forms have completed at least eight “jumps” each to reach the 165-foot mark.

The progress is being accomplished by rotating crews that specialize in different aspects of the towers’ construction. While a team ties steel reinforcements for one tower, another crew might pour concrete for a second tower, while yet another might raise equipment to a higher position for a third tower.

The workers’ efforts are carefully coordinated by TZC professionals like Skylar Lee, area project manager for the main span.

“Our biggest challenge is ensuring safe access points for our crews throughout work site,” Lee says.
“Planning the placement of the temporary ladders and access points is critically important with so many crew members constantly switching places between the growing towers.”

Lee is careful to note that “things change pretty quickly on the project site.”

“Even the shape of the work site changes on a regular basis, with the width of towers becoming smaller as they grow taller,” he says. “We’re constantly planning our next step upward.”

In the coming weeks, TZC will prepare the towers for a new operation: the installation of enormous precast concrete crossbeams that will connect the individual towers elements, forming the horizontal line of the H-shaped towers. Weather permitting, installation of the cross beams, which will support the future road deck, is scheduled to begin early next month.

You can stay up-to-date on TZC’s construction efforts by subscribing to our newsletter and following us on Twitter at @NewNYBridge.