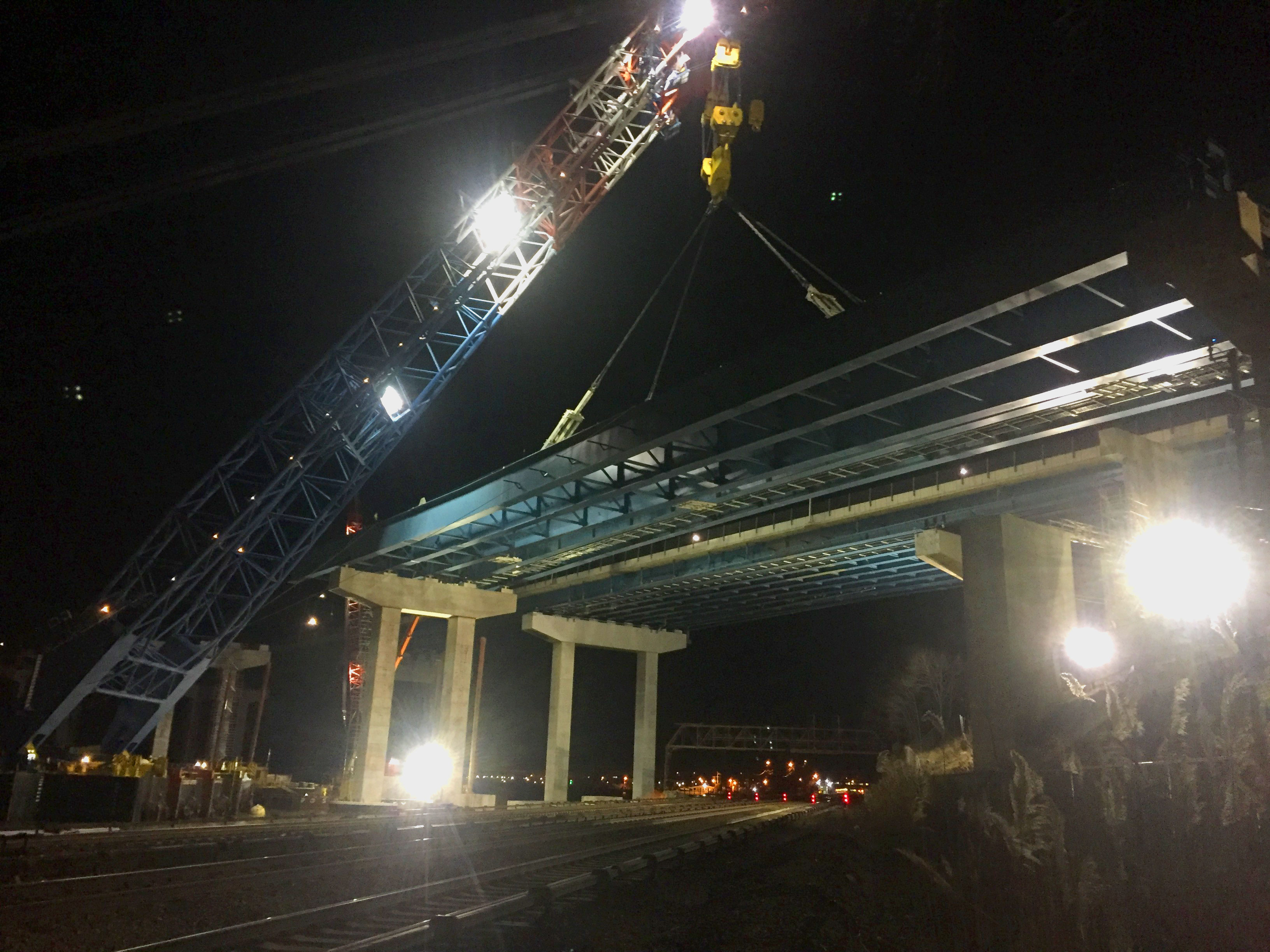 Tappan Zee Constructors (TZC) is bringing the new bridge’s eastbound span closer to completion this spring with the installation of the project’s final steel girder assemblies.

TZC is using the project’s largest crane, dubbed I Lift NY, to lift and set the girders in large groups, called assemblies.

The most recent pair of assemblies was installed last weekend above the Metro North Railroad’s Hudson Line in Tarrytown. The assemblies were prepared at the project’s staging yard at the Port of Coeymans, located just south of Albany and along the Hudson River. The off-site staging yard allowed TZC to arrange individual steel girders, ranging from 60 to 120 feet, into the larger assemblies, measuring 410 feet long.

TZC installed the assemblies over the course of two overnight operations. The work was carefully planned and coordinated with Metro-North and the New York State Thruway Authority to minimize the impact on Metro-North customers. 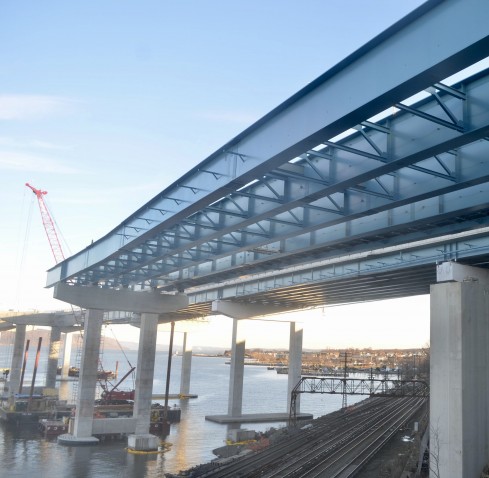 The assemblies now connect the Westchester abutment to the eastbound span’s offshore piers.

The successful operation was made possible thanks to the recent removal of the old bridge’s roadway in the area last fall. TZC first removed the old bridge’s concrete deck panels before cutting and separating the steel superstructure into a large, removable assembly weighing more than 1,300 tons. The 235-foot long section of the bridge was then removed by I Lift NY in an overnight operation in close coordination with Metro-North Railroad.

In the coming weeks, TZC will prepare and install the final eight girder assemblies for the eastbound span, located above the river at the Westchester approach. The steel will support the second span’s concrete bridge deck, comprised of more  than 3,000 interlocking concrete panels.

Later this year, TZC is scheduled to complete the second span, which will accommodate eastbound traffic.