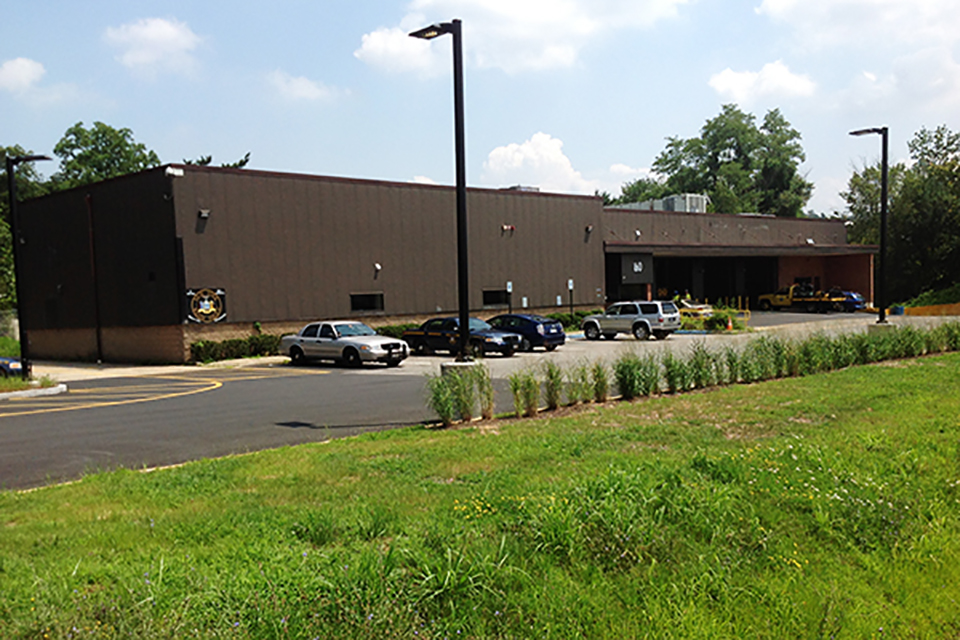 The Thruway Authority’s Tappan Zee Bridge maintenance and operations team and New York State Police Troop T have moved from Tarrytown to a temporary new home in West Nyack, where they will again share space until the completion of new facilities in 2018.

Maintenance and operations and Troop T have been based at 333 South Broadway in Tarrytown since the Tappan Zee was built in the 1950s. That building will be demolished to make way for a construction staging area, and eventually for the approaches to the new bridge.

Need to visit Troop T at their new temporary location? The address is 160 N. Route 303, West Nyack (Exit 12 from the Thruway). Look for these signs.

The 42,000-square-foot formerly vacant warehouse, once a newspaper printing plant, remained unused for years until TZC began retrofitting the space in January to meet Thruway and State Police specifications. Substantial improvements were also made to the site, including an eight-foot-tall privacy fence, neighborhood-sensitive lighting and landscaping. In addition, TZC and the Thruway are working in partnership with the Town of Clarkstown to improve neighborhood drainage by cleaning out an existing drainage swale nearby.