And the Winner Is… “Irvwing” Public Votes on Falcon Chick Name 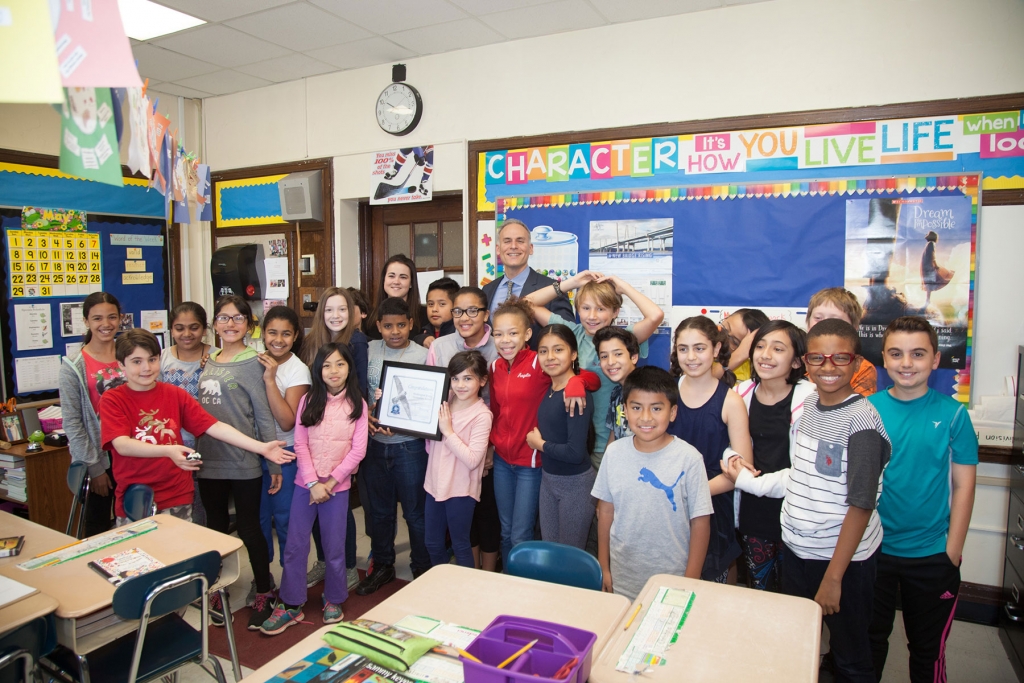 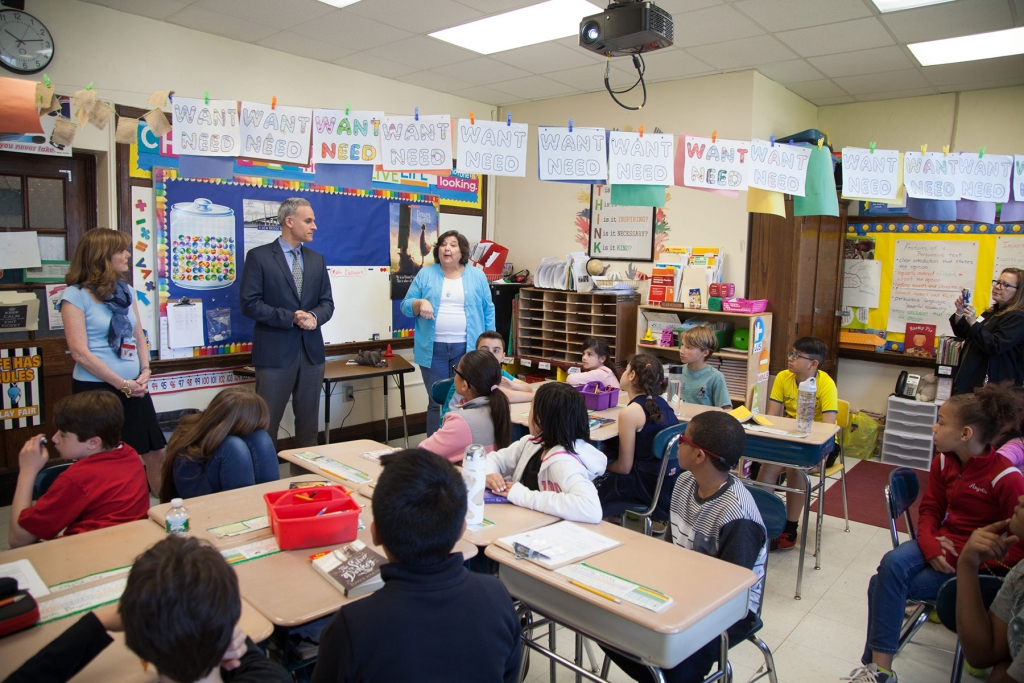 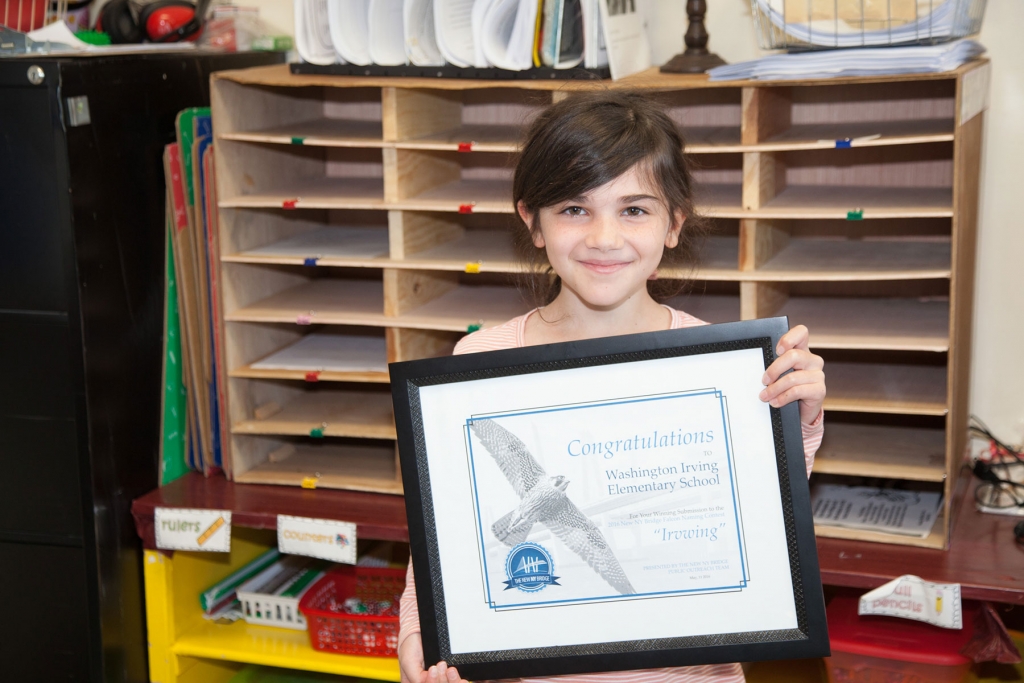 The New NY Bridge project is pleased to announce the winner of its 2016 falcon naming contest: Irvwing!

The public voted for their favorite falcon name in a week-long poll. Each submission was provided by local students just after the hatching of a young falcon in the Tappan Zee Bridge’s nest box this April.

The winning name was submitted by Christine Kern, a 5th grader at Washington Irving Intermediate School in Tarrytown.

“I looked at the winning names last year, and I realized that people liked puns,” said Christine, who is 10 years old. “I originally came up with Irvwington, but it sounded too complex so I changed it to Irvwing.”

On Wednesday, the project’s outreach team presented an award certificate to Christine and her classmates, who broke out in cheers upon learning the news.

“It’s exciting,” said their teacher, Laura Brown. “We’re always keeping an eye on the birds, and we’re so close to the project. We can see the construction from our classroom. … And the naming contest was a great opportunity for the students to feel connected to what’s happening in their community.” 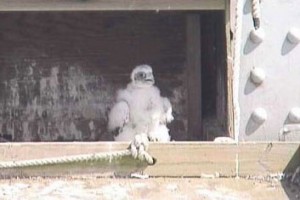 The young falcon in the Tappan Zee Bridge’s nest box was named “Irvwing” by local students and members of the public after a week-long poll.

It was repeat performance for Washington Irving Elementary students, who in 2015 named one of the three newborn Tappan Zee falcon “Bridge-ette” in a similar contest.

The project’s Environmental Compliance Manager, Kristine Edwards, was also on hand to lead a discussion on the falcons and answer questions from students. The informative session was one of thousands spurred by the project’s educational outreach initiative, which seeks to give students a better understanding of how classroom theory comes to life right in their own backyard.

“It’s really wonderful to see the enthusiasm and creativity that local students brought to the falcon naming contest,” said Khurram Saeed, Communications Director for the New NY Bridge project. “We thank them for coming up with such inventive names and the public for voting for their favorite ones.”

The falcons currently occupy a man-made nest box in the existing Tappan Zee Bridge, which is maintained by the New York State Thruway Authority. The new bridge will include a new peregrine falcon nest box at the top of its 419-foot towers. Falcon fans are urged to keep an eye on the birds via the project’s 24/7 FalconCam.